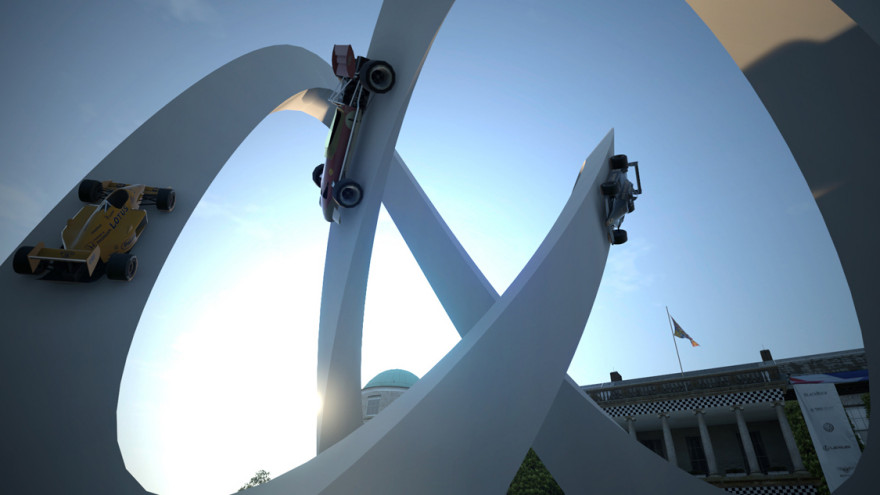 Both Gran Turismo 3 and the movie The Fast and the Furious were released the summer before my senior year of high school in 2001. I was never a “gearhead” by any stretch, but these two cultural products greatly increased my appetite for car culture. A select few of my high school classmates souped up their sports cars a la Vin Diesel and traded fish stories about the past weekend’s street races. “NOS” was uttered with the reverence and danger of some kind of mystical drug. As a social outsider, this was all hearsay for me, but I did enjoy my own private slice of car nut pie thanks to Gran Turismo 3. I played enough GT3 to be able to identify just about every modern automobile on sight, and I began seeing the perfect racing line in my commute to school, despite the fact that I drove a Ford Explorer.

That was more than 10 years ago, but I’m finding many of those same feelings rushing back to me as I return to the driving simulator franchise with Gran Turismo 6. The same passion for cars and simulated physics that developer Polyphony Digital built into GT3 is here, and more precise and expansive than ever, but what impresses me most about the sixth Gran Turismo is how well-designed it is as a videogame. No longer is Gran Turismo only a simulator fit for auto enthusiasts and those looking for an education. Instead, GT6 is a game that offers a diversity of driving experiences and feels more like a one-to-one digital recreation of quirky car culture than a showroom of marketing opportunities. It’s as if Polyphony Digital has been working on restoring a classic machine of their own for 15 years, and now it’s finally ready to be taken for a drive.

GT6 might just be the missing piece of the automotive puzzle from my high school days. I was never the type of person to care enough about cars to see my virtual engine upgrades translate to a real-world hobby. No, I liked GT3 because I liked videogame racing. The fact that I learned to distinguish different car models from one another was a mere side effect. I supplemented my Gran Turismo time not with increasingly realistic sims, but with cartoony diversions like Mario Kart and car-less racing games like SSX. Gran Turismo 3 was as serious as I got about cars and it didn’t even have the one “dream car” that I cared about: the Lamborghini Countach. Well, I’m pleased to report that the Countach is in GT6, and so are 1,200 other cars, the Goodwood Festival of Speed, kart racing, stunt driving challenges, rally racing, an elaborate photography mode, drifting, original concept cars, customizable music playlists, stock cars, and a lunar rover course set on the moon. The moon! Gran Turismo 6 presents itself with a palpable enthusiasm for driving, in all its forms.

Structurally, GT6 follows a typical “ascend the ranks” path but offers so many diversions and branches that it’s more akin to climbing a full-bodied oak tree than a simple ladder. Once you’ve completed a few races in a given tier, you’ll unlock Coffee Break Challenges where you have a certain amount of time to knock over as many street cones as possible or where you see how far you can drive on a single liter of fuel. The Mission Races and License Tests set you up with an array of vehicles, giving you a chance to test drive a wide palette of cars to see which you might prefer when it comes time to cash in some credits.

This hands-on wheel-time comes in handy for races with specific restrictions that require a trip to the dealership for an appropriate vehicle. The entry requirements push you to diversify your garage, which makes for an enriched understanding of what makes any one car unique from the rest. The car physics and handling models are constructed with such intricacy that no two cars drive the same. My Chevy Camaro SS handles like a dream, but I have a hell of a time keeping my Acura NSX on the road. This isn’t to say one car handles “better” than another, just that the approach to braking, cornering, and accelerating in the Camaro doesn’t work for the NSX. I have to change how I drive for every car, which in turn deepens my understanding of how cars actually work and why fandoms might develop around certain models beyond aesthetics and raw power.

With the mounting suspicion that the Xbox-exclusive Forza series has overtaken Gran Turismo as the superior console driving simulator, GT6 gives the impression that it’s out to turn the tables back again. Whatever the motivation may be, Polyphony seems to have learned some lessons from the long gestation of GT5’s development, a time that allowed for 3 iterations of improvement from Forza. And now where Forza 5’s Xbox One debut cut back that series’ forward progress, Gran Turismo 6 pours its heart out, throwing down everything it’s got. It’s that raw sincerity combined with clever, player-focused design that makes GT6 so much more than a trip down memory lane.