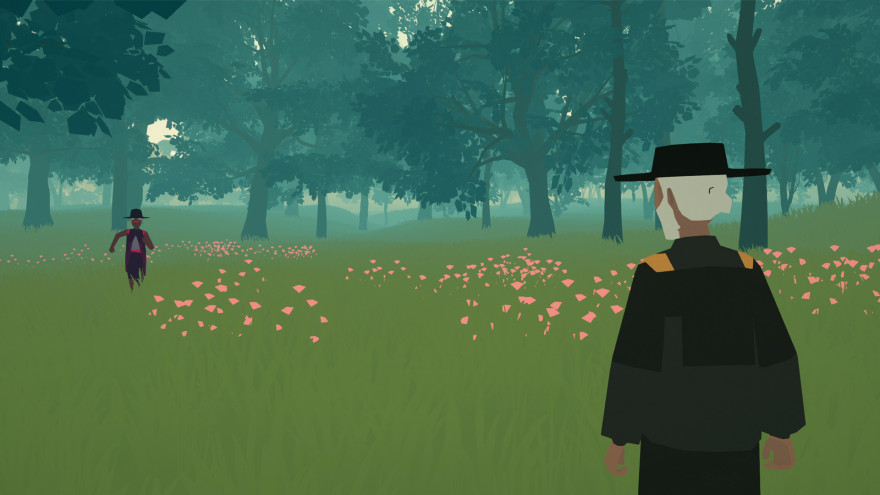 Open-world games nearly always have choices—where to go, what to do, what side of the law to fall on. In one of Bethesda’s sprawling ones, like Fallout 4 (2015), you practically have the freedom to do whatever you want, by which you quickly learn means that you can kill whoever you want. In the highly-scripted, morality-questioning Red Dead Redemption (2010), while you can ride horseback across dusty horizons, some of its missions hurriedly devolve from this into frustrating plights of killing decent people. This is the open-world taint.

Hence, game maker Brett Johnson, of the one-man Seattle-based game development studio Seamount Games, seeks to rectify the iffy morality systems and stories that have plagued open-world games in the past—even the ones he’s enjoyed, such as Red Dead Redemption. He plans to do this in his debut title, Great Cascade.

How you interact with different characters shapes the story itself

Great Cascade is described as a “system of cause and effect.” It’s not scripted and it’s not a morality system. Instead, it’s simply dynamic AI characters, remembering the choices you make in regards to them, and reacting effectively to it. The story itself emerges through play: how you interact with different characters—all with their own unique personalities, traits, and memories—shapes the story itself.

You can be a good messenger, and deliver a box to another AI with no qualms, or you can betray that person, and sell it off to the highest bidder. Both actions have great consequences and from that those the story will emerge. With the start of every game, AI character traits and relationships are completely randomized, creating a consistently fresh new experience.

Perhaps most striking about Great Cascade at first glance is its starkly simplistic, low-poly art style. The colors are notably in the realm of pastels, but complement each other brightly in visually striking ways. As Johnson described in a description for the game, the art style was “somewhat in my wheelhouse,” and could be executed efficiently because of its familiarity. Great Cascade is still in the early stages of development, only recently being officially announced, but Johnson is positive about the experience, as he writes in the description, “Sinking so much time into a single project can be scary, but I’m really proud of how it’s shaping up.”