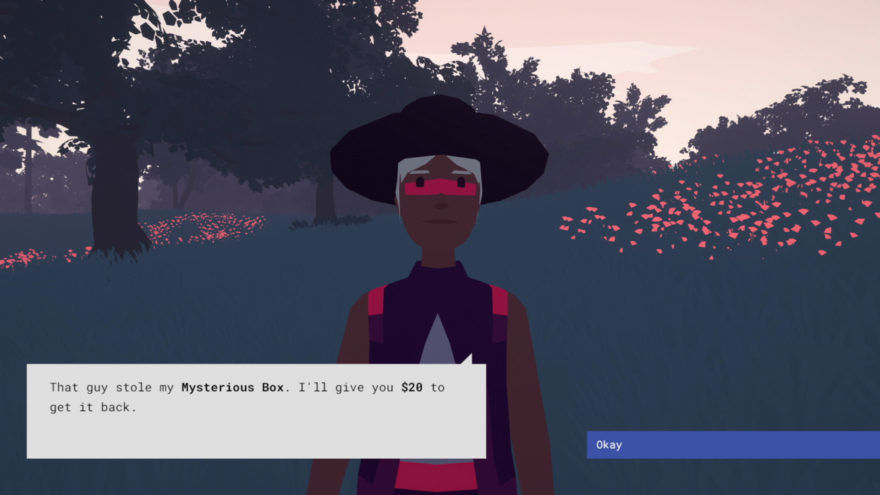 Upcoming open-world game Great Cascade has been renamed Thousand Threads. The reason for the title change is due to a copyrighted game having a similar name. And so, in order to avoid confusion, Seamount Games changed the name, which is inspired by a quotation from Herman Melville. “Ye cannot live for yourselves; a thousand fibres connect you with your fellow-men, and along those fibres, as along sympathetic threads, run your actions as causes, and return to you as effects.”

The title Thousand Threads, then, is perhaps even better suited to the nature of the game. While it’s an open-world game like many others, where it differs is in its choice systems—they are much less visible and obvious. Rather than providing, for example, a morality system, Thousand Threads simply provides a world where you make a series of choices that the AI will remember, good or bad.

“a system of cause and effect”

Steal an item away from its owner to get more money, and they’ll remember you as the thief. They’ll tell their friends as well, and you’ll have to live with the consequences of your actions. And, most notably, none of these consequences are scripted, nor are they tied to a story of branching paths. As Seamount explains: “It’s a system of cause and effect. Characters have unique personality traits, memories, and goals, so they act and react differently. Your actions build your story.”

Alongside the title change also comes a new trailer (which you can watch above). It gives us a better look at the game’s beautiful low-poly artwork, as well as the soundtrack that’ll accompany any adventures across its meadows and mountains you embark upon. When you’ll get to enter this open world isn’t known yet but you can sign up to its newsletter to be among the first to find out.

To find out more about Thousand Threads, be sure to check out its website and development blog.