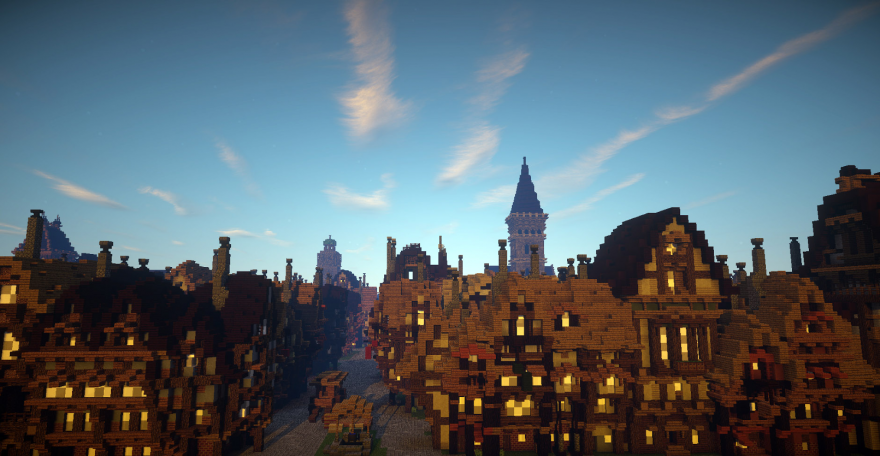 The history of a city is littered with fires. Smaller ones that take down neighborhoods and large-scale disasters that change the landscape. The Great Fire of London in 1666 was such a fire. It destroyed the medieval City of London, incinerating the homes of 70,000 of the City’s 80,000 inhabitants. The fire was so bad, one of the factors credited to its quenching was the Tower of London garrison using gunpowder to halt the spread east. Your fire has gotten out of hand when you have to fight it with gunpowder.

To commemorate the 350th anniversary of the fire, the Museum of London has put together a series of Minecraft (2009) simulations to showcase the city of London in 1666 before the fire as well as an interactive version of the Minecraft city that is on fire.

“It is one of the largest builds that Blockworks have done”

Joshua Blair, digital learning coordinator at the Museum of London and the lead on the Great Fire 1666 Project, liked the accessibility and potential of an interactive experience inside the sandbox game: “When the museum started planning for the 350th anniversary of the Great Fire and the upcoming exhibition, I thought that Minecraft would be the perfect platform to help us tell the story in a new way and create a fantastic learning resource. Our aims throughout this project have been to share our knowledge and collections with as many people as possible and provide an engaging experience about this iconic event.”


While the Museum of London has done other Minecraft installations, including the Rose Theater and Roman Baths, this project required them to bring in some more talent. The city was put together in concert with Adam Clarke (who had worked on the Tate Worlds Minecraft exhibition) and the team at BlockWorks, who have a portfolio of impressive work in Minecraft, including a vision of future green technologies for The Guardian and a version of the Disney city Tomorrowland.

Even considering this team of talented builders, an accurate representation of London was a challenge: “It is one of the largest builds that Blockworks have done and it is a stunning piece of design, with the help of our experts and collections they have created an accurate representation of what the city would have looked like in 1666 (as much as is possible in Minecraft).” Using some large landmarks as guideposts inside the Minecraft world and architectural drawings from the period, the team at BlockWorks created an explorable city (complete with objects from the Museum collection that have never been made in Minecraft before). And all in time to set the whole thing ablaze.

The second Minecraft map that has the city on fire—you can see livestreams from developer Dragnoz about the construction of the fire—actually has a series of mini-games that players can participate in to save inhabitants (the estimated death toll of the London Fire is only about six, despite the devastation) and meet important luminaries. A third stage of the map will focus on rebuilding (and building) player’s “own version of London” based on architectural designs from Sir Christopher Wren and John Evelyn.