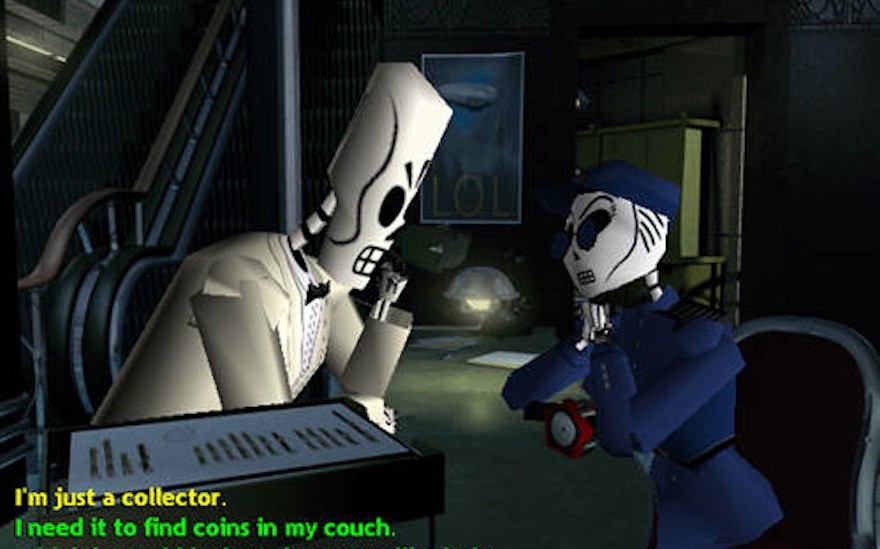 Who saw this one coming?

A shiny, new remastered version of Grim Fandango—the legendary game to feature a tux-wearing, Pall Mall-dragging skull man—is on its way to PS4 and Vita.

For the uninitiated, Grim Fandango is an old, famous adventure game (from 1998) that carries an air of mystique for a couple of reasons. One, it has a hyper-imaginative Mexican noir scenario that could be described as a Day of the Dead celebration meets Casablanca.

Two, it benefits from being that inaccessible cult title from that prestigious director, you know, like how you used to only be able to watch David Lynch’s Lost Highway on Laserdisc. Grim Fandango has a bit of a reputation as funny-man game designer Tim Schafer’s lost gem, seeing how it proved difficult to emulate, copies were rare, and they only ran on extinct computers.

So, yeah, those fist-pumps on the part of journalists at the Sony presser were justified, probably.