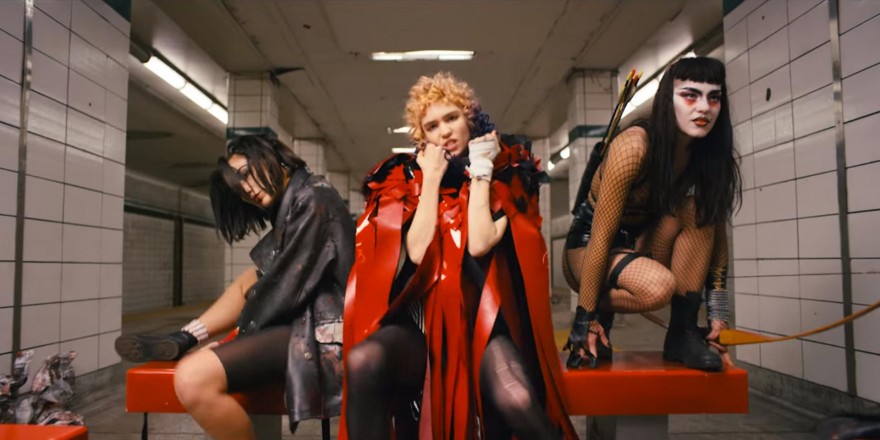 Experimental pop musician Claire “Grimes” Boucher is a one-lady machine. Not only does the pop songstress compose and write all her own music, she also directs her own music videos and has a steady hand in producing. The fully-realized vision of Grimes is wholly Boucher’s own. Grimes is Grimes, because of Grimes. It only makes sense that the next logical step in the world of Grimes is a step beyond the musical sphere—an interactive art installation.

Grimes will be headlining the North Carolina music, art, and technology festival Moogfest, which will be held May 19-22. Moogfest will have an interactive installation “REALiTi: Inside the Music of Grimes” on display for all the lucky festival attendees. However, Grimes herself has said that she didn’t have any creative input, but “[is] sure it will be great,” according to a recent series of tweets from the innovative singer. The Microsoft Kinect-powered installation will allow visitors to “manipulate the music as they physically interact with the environment,” according to a press release.

Grimes has been involved with the experimental electronic scene since 2009. While a cult-favorite in the scene, she later rose to prominence with her 2012 album Visions, a record that was met with widespread critical acclaim for its unique blend of experimental sounds and pop. After a few throwaway singles (including one originally written for the illustrious Rihanna) and an alleged entire scrapped album, Grimes finally released her Visions follow-up in late 2015, entitled Art Angels. Art Angels is a polarizing record for longterm fans, as Grimes fully embraced her pop-sensibilities and nearly left her experimental past behind.

Tangible details for the interactive journey through Grimes’ single “REALiTi” remain scarce. As shown in a brief video preview for the installation, visitors gently touch mesh-like walls, inhibiting neon colors and sounds in the enclosed environment. But knowing Grimes’ music, it’ll be something wonderfully weird.

Update 5/19: Grimes recently tweeted that she didn’t have any creative input on the REALiTi installation. The story has been edited to reflect this misunderstanding.