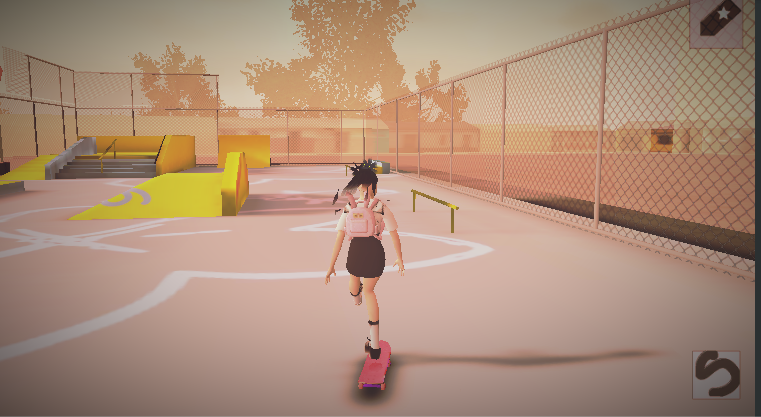 I have a lot of memories with the Tony Hawk games. The Tony Hawk series, perhaps most notably Tony Hawk’s Underground (2003), represented a scrape-and-bruise-free foray into youthful anarchy. Tony Hawk’s skateboard games were the anti-sport for kids like me that didn’t have any sports of their own to partake in. As it was hard for me to find enjoyment in cars driving in circles like my mom and her boyfriend often did, I stuck to watching skate videos, thumbing through Thrasher, and becoming the Deltron 3030 bumpin’-virtual pro skater I always knew I could be.

For freelance 3D artist and game developer Juan José Mendoza, a similar personal sentiment is peddled into his upcoming skateboarding game The Creamy Dreamy Skate Adventure. Though the game is not borne of a retrospective tinge of nostalgia, it exists as an homage to the skate spots Mendoza himself has visited in his country of Nicaragua. The Creamy Dreamy Skate Adventure is effectively a home for Mendoza, and a peek into Nicaraguan skate culture for the other countries spaced far, far away.

Real life doesn’t exist within the pearly pastel hued filter that Mendoza’s crafted for his game, but it doesn’t have to be starkly accurate in its depiction of real Nicaragua sites. Mendoza’s visions of his home country shine through its effervescent color scheme, and balance the rough realities of skateboarding with the game’s soft, welcoming appearance. Right now, the game exists only as an alpha, with Mendoza promising to create “more cute girls” as playable characters, finish levels, write a story mode, and overhaul the graphics for its eventual full release.

The game has another charming, unexpected-for-a-skating-game aspect: the player is a girl. She has a bright pink board, carries a cute bunny-eared backpack, and wears a skirt plastered with the face of a certain attitude-stricken Sanrio character. In spite of the girl’s delightfully adorable appearance, she’s ready to grind and kickflip her way into a combo glory, just as the boys in Tony Hawk before her.