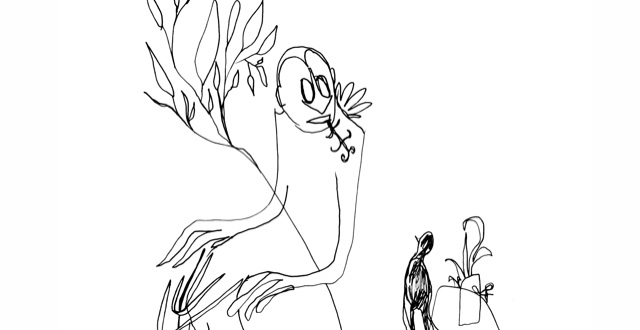 “People are afraid of discussions about race, they think it’s going to get really heated, and people will disagree, and it’s going to get ugly,” says Dr. Michael Baran. An anthropologist and former Harvard professor, he created Guess My Race, a 2011 Games 4 Change finalist that challenges players to pick the “correct” race of hundreds of people based on their photographs. It’s much harder than it looks—and that’s the idea.

A deceptively simple iOS game with a snappy interface and a real point to make, Guess My Race has been a major conversation starter, which is precisely what Baran intended it to be: “I’ve been talking and teaching about this stuff for years, and I’ve never had an unproductive discussion about it. Even when it does get heated—it always ends up with people thinking better about it and coming closer together.”

Baran is an affable, down-to-earth guy with a real passion for racial justice and a charming, easygoing sense of humor. After promoting the game at museums, Harvard University (where it is emailed out to all incoming freshmen), and the Games 4 Change Festival, he was able to sit down with me to explain the trajectory of his passion project.

Tell me how Guess My Race came to be.

So, it all began way back when I started doing anthropology research. My research is all about how kids learn about race and other categories of identity. I looked at this all sorts of places: Spain, Guatemala, Ecuador. Brazil is where I did a full-fledged project where I lived for a couple years and examined how they were teaching kids about race, which they do in school because the history of Brazil is all about race.

So you have the Portuguese colonizers that came over, and the native Brazilians were there, and [the colonizers] brought enslavement. One year they were telling kids they were all mixed, biologically and culturally. Everyone became brown; there were no racial divisions—they’re all Brazilian, all brown, and that’s what makes them great. Then the next year they taught the kids there’s no such thing as brown—you’re black or you’re white.

So, kids were trying to make sense of this—“Wait, I thought I was brown—now I’m not?”

I took pictures of hundreds of people at Election Day—I just took pictures of whoever let me, and laminated them, and used them to make little games for kids, just like cards: Sort these people into groups by who looks the same and who looks different; tell me about this group; what makes this group different from that group? I did these little games that were kind of like cognitive psychology experiments, and tried to be really systematic; be inspired by academics but make the research fun to figure out what kids know about race.

Flash forward several years, and I’m teaching about race all the time at Harvard and basically trying to get 18-year-olds interested in this stuff by making it fun. Year after year, I’m continuously thinking: “How can I do this better?” I’m getting frustrated at the same time, because anthropologists are doing really cool research, and writing about it in a way that no one reads—that didn’t seem helpful!

A good college friend had worked for many years at Leapfrog; he had started his own interactive kids’ game company. He was interested in starting to use the gaming platform to talk about more serious things. We were talking one day, and we decided, “Oh my gosh, let’s put these two things together!”

“Then the next year they taught the kids there’s no such thing as brown—you’re black or you’re white.”

The use of actual photographs is a very different approach for a game. So that came from your experiences in Brazil?

What I had noticed about using pictures in Brazil—it ended up being hugely successful for getting adults to talk about race. Race there, like here, is a pretty sensitive topic. Something about the pictures got people looking up really fast, getting out their own picture album—showing me their old pictures, saying, “My grandfather’s white, and my grandmother’s black, and look at this!”—showing me all these different pictures, and opening up.

That was always in my head—there’s something about looking at pictures that works for this topic. And we don’t often get the chance to just look at a nice photograph of someone we don’t know, and kind of put ourselves in their place—think about how their life might be different because of the way they look. Things like that, I think, are pretty powerful.

The way I did it [in the game] was designed to mess with your competitive urges—I kind of made it so maybe you can’t get the right answer, or sometimes the categories aren’t what you think of as race—they might be religions, or nationalities, or languages. Partly, it’s to mess with people, but that’s also how people answered the question, “What race are you?”—that’s how people identify. And then some of them are just deliberately outrageous—for one of [the photos] all of the [available] answers are “white,” so you can’t really get it wrong!

That’s an easy one, right?

Yeah! But it’s always linked—the categories, even when they are a little outlandish, are always linked to a point that I’m about to make. For that picture that they’re all white, it was because this girl that we interviewed said, “I have nothing to say about race.” To which I replied, “Surely there’s something…” and she said “No, I’m just white, there’s nothing I can say about race!” Like, white is “normal,” which is how this stuff works, in dangerous ways. Each of those categories sets you up for the learning that’s about to happen, to think about it in a new way. That was the whole idea.

So, in terms of education, what were the specific goals of the game? Just getting people to open up and actually have a conversation about race?

It has a bunch of different goals. One is definitely just getting a discussion going. Another goal is getting people to realize race is not this “natural” category that is real, biologically. Just trying to erode that. I’ll ask people before they play the game, “Do you think you can look at people and tell their race?” and they say “Yeah, of course. Maybe not a mixed-race person, but everyone else, sure!” Within two minutes, they’re always like “Oh, I guess I can’t, I guess I have no idea…”—so that’s the most basic goal.

Because, I mean, you can have an anthropologist sit there and tell you ‘race is socially constructed’ and you can write it down on a test, but you’re not going to really get it, right? But, if you use real examples from the world—examples of, you know, funny things from popular culture or movies or music—you can make it really relevant. It is really true: if you take the time to actually explain it to people, they eventually do get it and develop this critical-thinking perspective on the world.