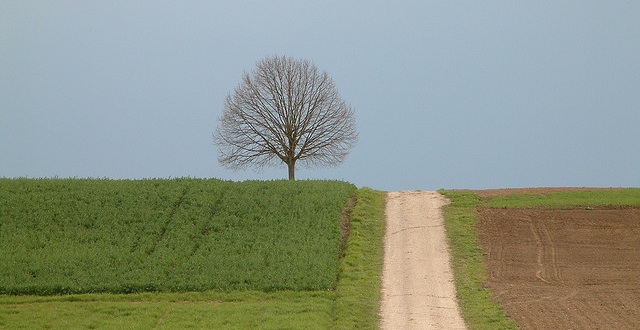 William S. Burroughs, author of the morally warped and incredibly abstract book Naked Lunch, is remembered as a walking contradiction—a deadpan, seemingly mild-mannered gentleman in a coat and fedora who wrote exceedingly pithy, foul-mouthed fiction and liked to play with guns. A 1959 Life article described him as “a pale, cadaverous and bespectacled being who has devoted most of his adult life to a lonely pursuit of drugs and debauchery.” He wrote highly explicit homoerotic literature at a time when mainstream America was debating if being queer was a curable disease. Another recurring subject was heroin, or “junk,” as Burroughs liked to call it, which he would use, then kick, then use again throughout his life.

Games also played a critical role in defining Burroughs. He and his second wife would play a game where, in a reenactment of the William Tell legend, he would shoot a glass that she had positioned on the top of her head. In 1951, while laying low in Mexico City, waiting for the statute of limitations to run out on a drug charge in the States, they played it. And Burroughs missed, killing his wife with a handgun in what was presumed to be a drunken accident. In the autobiographical novel Queer, which he wrote while waiting to go to trial for homicide, he said, “I am forced to the appalling conclusion that I would have never become a writer but for Joan’s death.”

It’s reassuring to know that the other game that influenced Burroughs’ career didn’t result in a manslaughter conviction. While living in Tangier in 1959, he learned of a writing technique he called cut-up, which was discovered on accident by an artist friend. Cut-up is a type of randomized writing that applies simple, arbitrary rules to the creative process in hopes of achieving meaningful abstraction. In a letter to an acquaintance back home, Burroughs explained how it worked. “Take a pair of scissors and cut a page of type. Perhaps a game would do it. Like say four people each write a page on any subject comes to mind. Then cut and rearrange.”

His work talked back. It was interactive. But it also distorted everything he wanted to say.

That serious literature can be composed randomly may sound crazy, but the idea has precedence. Cut-up has common ground with Dada, an early 20th century anti-art movement that gave us Duchamp’s Fountain, Surrealism, and the technique of collage. Dadaist Tristan Tzara is said to have ad-libbed poetry by cutting out words from a newspaper and pulling them from a hat. In a Surrealist word game called Exquisite Corpse, the first player writes something on a sheet of paper, folds the paper so that only half of what they have written is visible, then passes it on to the next player, who continues writing.

Today, there is still some interest in generative poetry, such as A Rubik’s Cube Poem by Sonny Rae Tempest, who pasted sentence fragments on top of the toy’s colored tiles, so that random poetry is produced as you twist it. But why would someone willfully destruct a carefully worded poem? Sonny Rae’s motive was to shake up ordinary modes of thinking. He wrote on his blog, “the poem opens up completely different worlds of insight into the characters of the piece—sides of them that I could not possibly consider on my own.” By placing his characters inside an arbitrary system, he was able to understand how they would interact in a chance encounter.

Burroughs had his own reasons. He was enthusiastic about cut-up to the point of obsession. For about two years, he wrote to his correspondences in cut-up, which surely baffled even his most radical friends. Once, New York poet Allen Ginsberg wrote to Burroughs, asking for help after taking yage in Peru. Ginsberg was worried that the drug had permanently damaged his consciousness. Burroughs earnest’ advice was to use the cut-up technique as a cure. He also advocated cut-up as a drug. In a letter to Timothy Leary, he wrote, “I have achieved pure cut up highs without the use of any chemical agent.” He even chopped up a poem written by his estranged son and, in a gesture of reconciliation, combined it with his own.

Cut-up was more than a game to Burroughs. It was his medium. He wrote a trilogy of novels exclusively in the form: The Soft Machine (1961), The Ticket That Exploded (1962), and Nova Express (1964). Depending on whom you ask, they are either his most important works, or unreadable rubbish. Imagine 250 pages of this:

These books are a sensual overload, or you might say a short circuit, curiously made up of nothing but images. While hard to follow, the fragmented style breathed new life into Burroughs’ writing, so he pushed it further. He folded two sheets of paper longways, placed them side-by-side, and read across. He enlisted the aid of his mathematician boyfriend. He experimented with tape recorders. The result was a sort of literary Ouija board. His work talked back. It was interactive. But it also distorted everything he wanted to say. The voice that emerged was half his own and half the rumbling of chaos—a destructive force that he wrestled with to retain some meaning in the face of complete randomness.

Cut-up was more than a game to Burroughs. It was his medium.

According to Beat archivist and bibliographer Bill Morgan, “[Burroughs] cut up thousands of pages of text to find the few that he deemed worthy of publication.” It stands to reason that he destroyed some of his best writing with cut-up. But this is the wrong way to look at it. Burroughs saw language as an oppressive formal system, which is so fundamental that it blinds people to the world as it actually is.

He thought that you really couldn’t see the forest for the trees. “You do not see the trees when you walk down the street because of ‘The’ ‘Word’ ‘Tree,’” he once wrote to a friend in Paris. He considered the destructive nature of cut-up to be a good thing. He believed he could get to the truth of the matter by taking a pair of scissors to his sincerest thoughts. Whether or not it worked is a different question.

What did Burroughs think about videogames? Though he lived until 1997, I somehow doubt he ever did. But he might have seen their rules and structure—their invisible walls, their polygons in the shape of trees, and their flat worlds that resist being folded—in the same way that he saw spoken language. He might have said that they are systems of control, which you have to fight and claw and cut your way through, violently ripping a shred of meaning from the background.