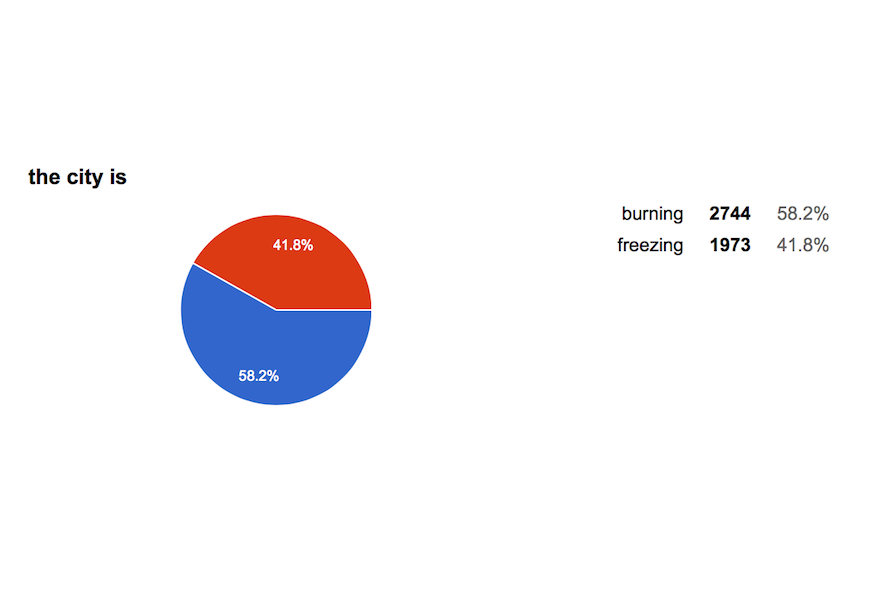 Porpentine, the matriarch of experimental Twine games, is at it again. Known as the creator of games such as With Those We Love Alive (2014), Cry$tal Warrior Ke$ha (2013), and the XYZZY award-winning Howling Dogs (2012), her trademark is evocative prose and bold subject matter: she often discusses femininity and queerness, and has no qualms about exploring the explicit, the gory or the overwhelming. Her work is generally heavily text-based, though many of her games include strong visual and audio elements.

But now she’s breaking the mold—or not, depending on how you look at it. Her latest project, All Your Time-Tossed Selves, is just as evocative and captivating in its writing as her earlier games have been. It’s just that it was made in Google Forms. 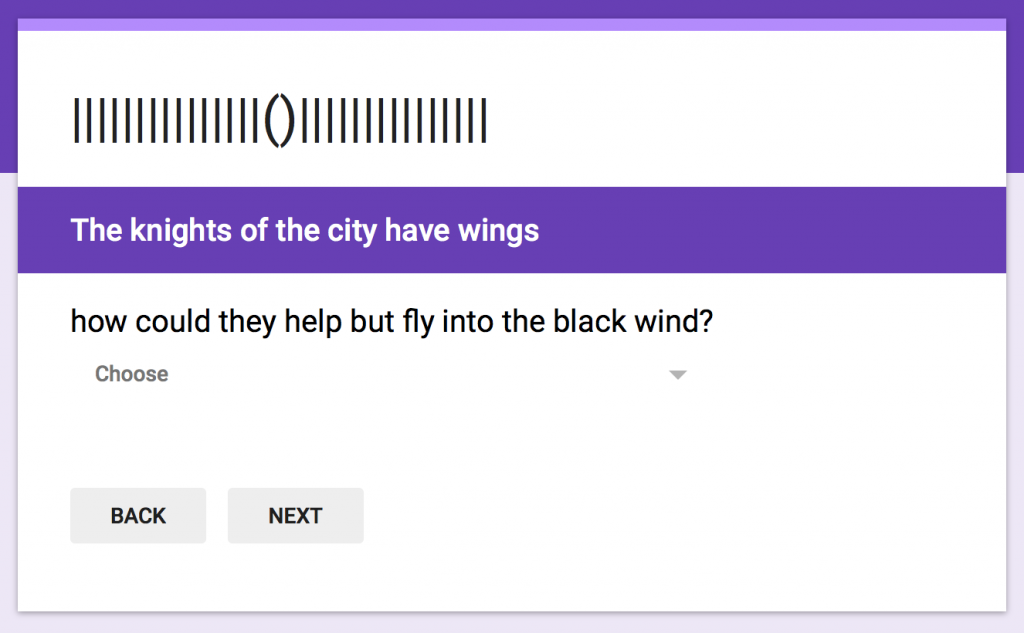 Naturally, this limits its scope somewhat. The text is broken up into headings, subheadings, questions and answers, often in mid-sentence. The direct influence of choices on the text is limited—many are purely aesthetic. The plot lies between debatable and non-existent. It feels less like playing a game and more like writing a book: which clause of this sentence makes your heart twinge? If you weren’t asked a question, what would be your answer? At the end of the game, once a sentence has been completed with the poignant use of a button, every answer to every section is plotted out in pie charts, the fractured sentences in their appropriate literary order, accompanied by percentages.

the limits of this experience make the data into something else

In any other game this is valuable data, an insight into player’s minds that would tell a writer or narrative designer what was weak and what was strong, which paths were being neglected for their more attractive siblings. But the limits of this experience make the data something else, with more aspiration and less weight—the psyche of the players is neatly categorized into their preference of death by drowning, falling, or bow-and-arrow, their desire to escape a dying city with reams of notepaper or an amber bird. The line that stuck with me the most provoked the response of “Liar” by the game, a rare direct address. It was chosen by 25.4 percent of players.

Play All Your Time-Tossed Selves here.