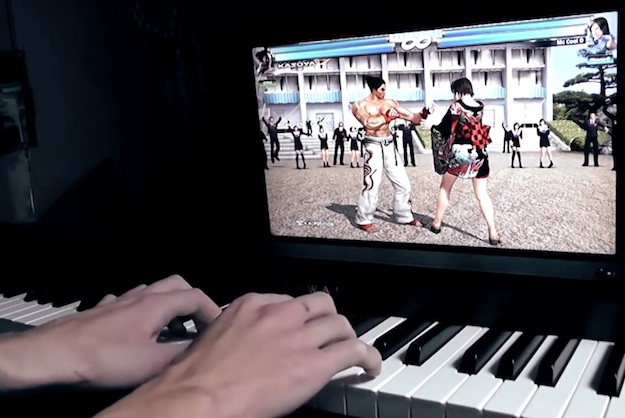 Game controllers come in a variety of shapes and sizes, from the standard hand-helds to the old school arcade setups. Still, you’d be hard pressed to find players who use their pianos to defeat digitally rendered characters, which is exactly the kind of system that Geoffrey Guterl has developed.

As part of a interactive design project, Guterl used the keyboard’s MIDI signals to act as commands, which were processed using arduino that then relayed the commands to an Xbox 360. With it, Guterl is able to defeat other players in the fighting game Tekken, triggering different move combination with just a few well-timed notes on the keyboard.

However, you can’t play Mozart and throw an opponent across the room at the same time. The keyboard is mapped to be a controller, so only pressing specific keys and combinations will move your character, meaning the sounds produced are not exactly melodic.

This post was originally written by Sara Roncero-Menendez for PSFK.