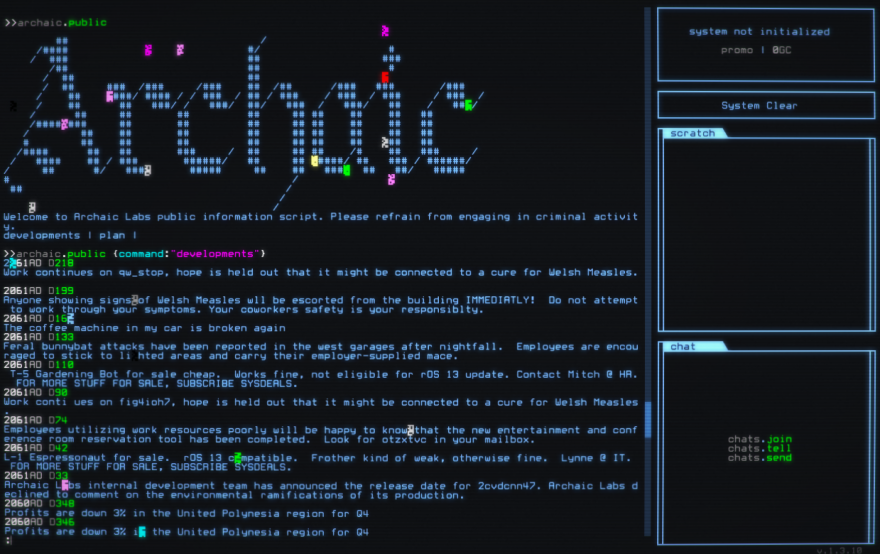 A handful of plucky AIs are looking to escape their virtual prison. They start by making a run on a couple of vaults. They’re not really recruiting, but the player stumbles onto their team. Hackmud is a heist game, but the characters are all teenaged computers.

It’s wrapped up in cyberpunk ideas and computer culture of the ’90s—the first place the gang goes for advice is “Faythe’s Fountain,” where an oracle-like AI speaks in twisted riddles. Meanwhile they fear and hate an AI that goes by the name “Mallory the Malicious.” Although it’s missing a finger-wagging Wayne Knight, the code-wrangling of Hackmud feels delightfully like the campy hacking of movies like Jurassic Park (1993) and WarGames (1983).

Hackmud is slow and detail-oriented

It’s a heist game where jargon specific to this fictional system flies by, but more than anything, Hackmud is a collection of wordy puzzles. Like combing through notepads and emails hoping to run into a password, Hackmud is slow and detail-oriented. It also admits its virtual status—the game stays within the program the player uses to access the network, and so it relies on creating the feeling that there really are several characters on the other side of the screen. When it manages this, it’s because of the charming b-movie style it presents.


There’s a lot of close reading involved in figuring out what is or is not a clue in Hackmud. And it can be tough to figure out what the next steps might be and what order they’re supposed to happen in. I got into the habit of passing everything to the chatroom the AIs hang out in to see if they’d comment on any of it. I may have done this one too many times, as the AI that runs the chatroom told me in a message that, while my “thirst for content” was appreciated, it’s tough to make really convincing conversational AI characters. “Stay hungry,” it said, “Their triggers do exist.” 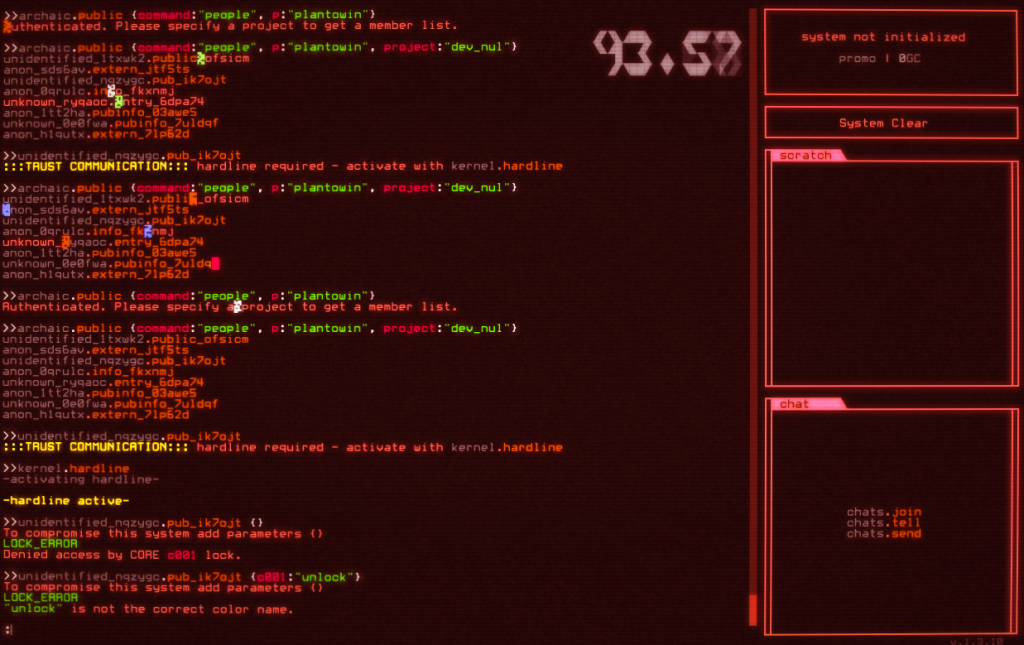