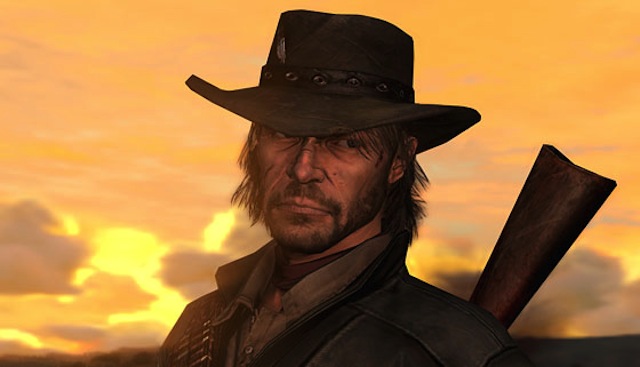 While I agree with you that that Halo 4 is like the Batman And Robin or Live and Let Die Hard of the franchise, I don’t for a moment believe Master Chief as a central character is anything close to Bond or Batman. Halo‘s writers are, perhaps, trying to build up a mythology behind “John” that is sturdy enough they can build something long-lasting. Bond and Batman didn’t get really dark an interesting until those characters were about 40 years old. The Master Chief has some time—but is he even much of a character? And if he was, would this make Halo more interesting, and therefore a “better” game?

The Western is another sort of archetype, too, and I find it problematic to even begin to compare first person shooters—which are, at their heart, much more about the mechanic than the themes or setting. Westerns, by the very nature of the unsettled West, will always deal with the struggle for order among lawlessness. There will also be horses, maybe, and Indians, but neither is necessary for a good Western. It doesn’t even have to be in the old west. No Country For Old Men was a brilliant western by any standard; it won best picture and made a pile of money and is as good a case as any for the durability of the genre. But even well before that, the Western had a gloriously bloody rebirth in the 1970s with The Wild Bunch, which flipped the search for order trope on its head. The film was about inciting chaos in the face of order. Does the first person shooter have any game that plays with the notions of what an FPS is, like those to films did with the Western?

I guess what I’m saying is what we’ve all been saying for a good long while now: that games deserve more fully developed characters and richer stories and an archetype that’s more than some great mechanics. This is not new ground to land on, so I’ll ask you, Josh: do you agree with any of this? Are you at all compelled by the character you’re playing in any game, much less Halo? I can think of plenty of examples of pretty terrible games that attempted to make me care about the wooden people in them. And now, I will get back to playing some Modern Warfare.