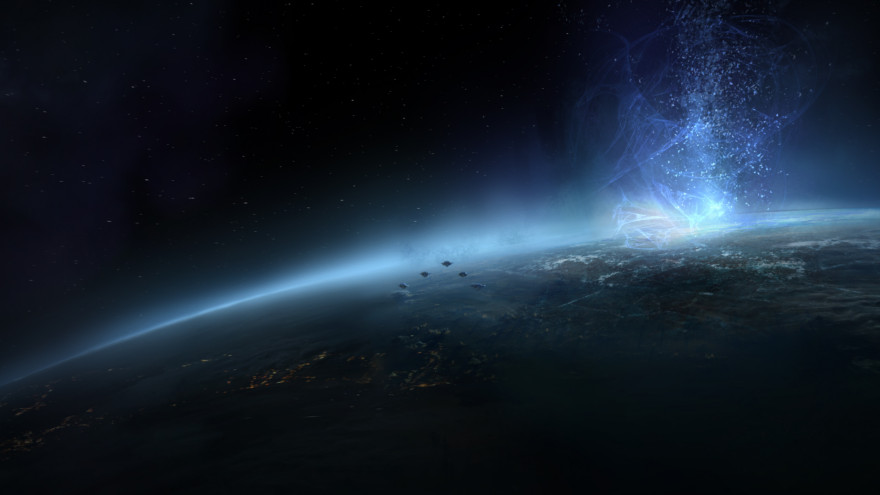 In November of 2001 Microsoft Game Studios and Bungie released Halo: Combat Evolved, and right then, they had to know they had made history. The exact details and size of that history are way, way too storied and remarked-upon to spend time recounting it here, but one metric of the game’s success has received relatively little attention in the more-than-a-decade of fanfare since its release. What Microsoft and Bungie couldn’t have known in 2001, and what made their game truly special, is that in the spring of 2004—fully three years after its initial release—my college roommate and I still spent hours in the basement of our shitty off-campus house scampering through the meadows of the game’s first open vista, giggling like schoolgirls as we each tried to beat the other repeatedly to death with the butts of our respective assault rifles.

Even in an age before non-stop release cycles and multitudinous means of play inflicted an epidemic of ADHD fickleness on the gaming public, that kind of endless playability was rare and meant something. What games like Halo accomplish is to invoke in players a simultaneous sense of boundlessness and control. Each time one of us landed a blow to the helmeted skull of the other it felt in some way different, in the way that no two punches thrown by a boxer feel the same. Our respective Master Chiefs were our agents, pliable obedient extensions of our hunched-over selves in digital space. There we’d sit, playing a first-person shooter, three years past its release. For hours. Without firing a shot.

Being a top-down shooter, Halo: Spartan Assault is, basically by definition, bounded on every side. In the game, which was originally released last July for Windows phones and tablets but has since been ported to the Xbox One, the player’s view is fixed, as if she were manipulating Master Chief through the lens of a security camera. The landscape is markedly less static. The layered design of a Banshee zooming across the foreground or a cliff falling sharply away down to a distant plain can make you feel for brief passages like you’re wandering a vast expanse, but these facades are too often revealed to be slick illusions during the gameplay. In fact it’s precisely because these levels are so often beautiful and appear so fully realized that the prospect of interaction is so tantalizing, and the discovery that you can’t is so disappointing. Try getting near that cliff, or lifting your Spartan laser skyward to gun down one of those flying purple death machines, and you’ll be quickly reminded of the limitations of both your character and the genre into which Spartan Assault is shoehorned. So ultimately the landscape is fixed, too, apart from a playable vehicle here and there and the occasional ominous cluster of red barrels.

None of which is to suggest that Spartan Assault isn’t fun. It is fun, and artfully and meticulously executed. The game looks wonderful, for what that’s worth, and the experience is framed in a clever text scroll explaining that your missions are actually cadet drills recreated from historic battles waged in the UNSC-Covenant war. Two Spartans, you’re told, heroically stemming the tide of an onrushing Covenant horde as it attempts to overtake a strategically important moon. The videos introducing each suite of missions tell you that you are outmanned, outgunned. Long odds. Head kills. Just the way a Halo plot should unfold.

But once the video prelude ends and the text stops scrolling, you’ll be confronted, again, with the fact that you are essentially just a good-looking blip on the screen firing smaller blips at other blips. And, sure, maybe that’s what 99% of shooters ultimately come down to, but the success of a shooter is measured by how effectively it can make you forget that simple fact, how often it makes your interactions feel like more than just bullets. In Spartan Assault, even obvious-seeming diversions are hindered or implemented only grudgingly. Failing to pick up where Halo 4 left off, nothing about your Spartan is customizable. While there are weapon and power-up boosts, Spartan Assault doesn’t allow players to unlock these extras as they progress further through the game. Instead, you can only customize your loadout by purchasing weapons and overshields for one-time use, which seems oddly stingy since a wide and devastating arsenal of weaponry is the single largest and most obvious-seeming asset native to Halo.

So, yeah, Spartan Assault is fun, but it’s fun in the kind of trivial arcade game way in which people who don’t play videogames assume all videogames are. You can spend some time playing this game, in other words. Especially as I got into later levels when the structure of the game stayed relatively static, it struck me several times how odd it was to be playing a Halo game where the restraints of the form were not only noticeable but intrusive. Is it fair to hold this smaller release to the same standard as its massive, technologically astounding nominal siblings? Maybe not, but given the amount of developers trying to figure out how to make iOS games that fully complement and reflect their shrinkwrapped counterparts, it’s sad to have to drop this one in the “less-than” bucket. The game inhabits a cliche label that so many of the other Halo titles, even the lesser chapters, have managed to transcend. Halo: Spartan Assault is no more or less than low-concept branded content.

This, too, is likely more than a little unfair, because I don’t know that I’d be disappointed by a game like this if it didn’t bear the weight of Halo moniker. That’s the double-edged sword of cashing in on name recognition. Spartan Assault is an installment of a venerable franchise whose technical savvy and artistic flair are marred by missed the spectre of missed opportunities. Even as a dumb college kid I couldn’t have played this game for hours, because you just can’t lose yourself in a shooter where all there is to do is shoot. 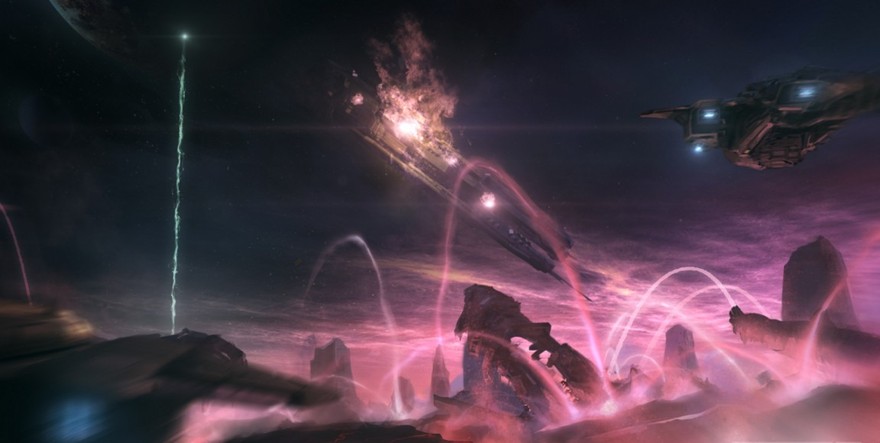