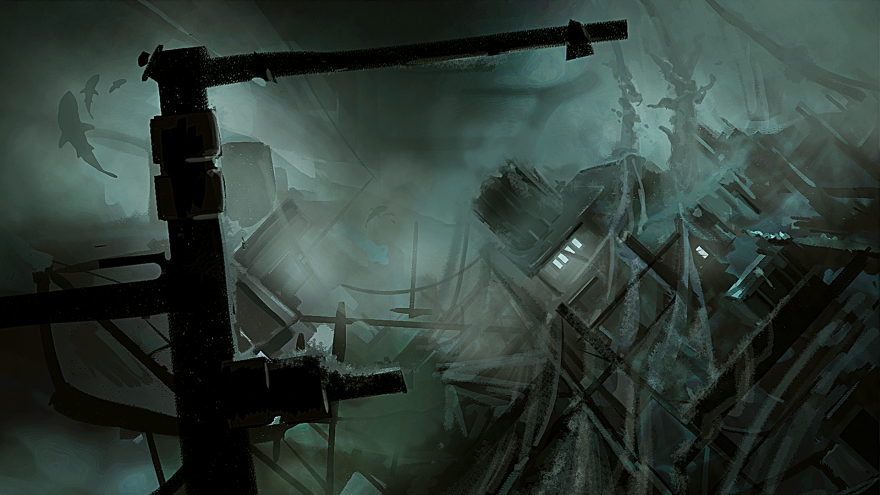 “The sea has never been friendly to man. At most it has been the accomplice of human recklessness.” These are the words that Sunless Sea, the game of nautical exploration and cannibalistic mutiny, first chooses to present to its players. Creator Failbetter Games wants us to have no illusions of our chances going in. When we sail out in our derelict vessel, the darkness of the Unterzee barely intruded on by our searchlight, it’s all too likely we won’t return.

But if we feel so vulnerable bobbing along on top the titular sunless sea, imagine being fathoms underneath it. That’s where Zubmariner, the first expansion to Sunless Sea, wants to put you: crammed into a metal tube, with cold water pressing in on all sides.

everything below this level is absolutely dark

In a new video released on Tuesday, Failbetter games gave us the first look at the Unterzee’s ocean floor with the lighting—and the lack thereof—in focus. Your ship, in its new submarine form, has a much greater halo surrounding it. Since everything not illuminated by your vessel is pitch black, you’ll need the beefed up running lights demonstrated in the video.

It’s disconcerting to think of the Unterzee, with all its dangers and mysteries, as only the surface of a terrible, vast expanse—the livable layer, in fact. In the oceans of Earth, anything below 1000 meters is known by the scientific / 1980s horror film term “the midnight zone.” Because sunlight can’t penetrate it, everything below this level is absolutely dark. Nightmare fuel like the angler fish and the vampire squid are found at this depth, as well as the sunken city of R’lyeh from Lovecraft’s dreams. What lurks in the inky depths of Failbetter’s subterranean ocean? One more way to set off from shore, never to return.

Sunless Sea’s Zubmariner expansion doesn’t have a set date for release yet. You can, however, purchase Sunless Sea via is website right now.