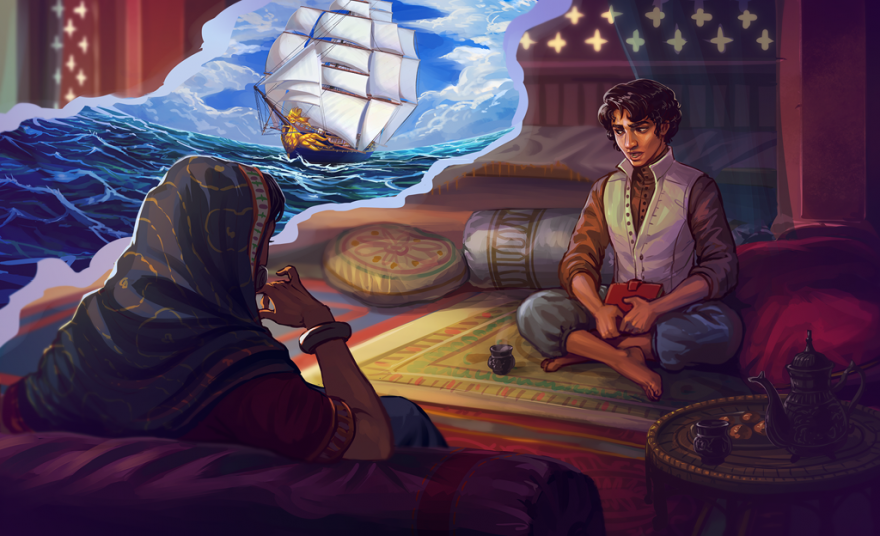 In our increasingly globalized society, the question “where are you from” has gotten mighty complicated for people. While it used to incite some inoffensive small talk, the question now raises a litany of asterisks and asides. For some, it even carries racist undertones, seen as a less direct way of asking “why don’t you look like the rest of us?” For myself, getting asked where I come from either requires me to lie for brevity’s sake or to recount the entirety of my family history: “I was born in Brazil and spent a lot of my childhood there—but my schooling was mostly done in America. Oh, and my father is Swiss—which is why I’m blonde. But my mom is actually half Brazilian and half Lebanese. So there’s that too.”

What used to be a clear cut answer now inspires a full on identity crisis for most multicultural people. Because growing up with conflicting cultural influences around you gets distressing. You never comfortably settle into one, and feel pushed and pulled by each culture’s influences. And since ancestry.com (and other ancestry services’) response to multiculturalism with a shrug of the shoulders, we can often even feel alienated from our own heritages.

Ironically, the only type of history that ever came close to capturing my multicultural identity was colonialism. Hidden in the horrible tales of annihilation and conflict lies the first real hint at the modern multicultural and multiracial identity. Of course, colonialism’s pros and cons are endlessly complex. But a violent cultural clash which produces children who feel as if they’re neither here nor there sounds oddly familiar to those who grew up with a much less volatile version of that narrative.

The upcoming period drama game Herald brings that historic clashing of heritages to interactive storytelling. Born in an eastern colony, protagonist Devan Rensburg was adopted and raised in the west. Setting off across the sea on the HLV Herald (a trading ship), Devan seeks to better understand the roots he left behind at such a young age, on a journey through the aspects of his identity which have until then felt alien.

aspects of his identity which have until then felt alien

As the ship’s steward, it is Devan’s responsibility to ensure each passenger’s safety. But as someone caught in the middle of the vast divide between race, class, and culture, Devan must decide where his loyalties lie whenever conflicts arise between passengers who are “poor or rich, important or downtrodden.” As the Kickstarter describes, the game asks players “which side of morality will you be on? Are you going to stand up for the oppressed, or will you stand idly by as those in authority abuse their power? Either way, you are responsible for your choices, and you will carry the consequences.”

Interestingly, though Herald takes inspiration from real world history, the story is set in an alternate 19th century where the west united under one empire known as the Protectorate. Though the empire expanded into colonies, Protectorate laws and customs rule over most foreign governments. But with the mounting tensions that arise from inequality and prejudice, the Protectorate empire seems primed for a rebellion.

Some of the most historically egregious violations of human rights (like slavery and colonization) lead to the modern melting-pot cultures (like The United States and Brazil) which we know and love today. For those who feel the repercussions of that history to this day, understanding how cultures collided throughout history feels like a way to understand your own experience. By putting players in the shoes of a protagonist who actively struggles with the modern multicultural identity during the height of its creation, Herald reminds us that—no matter where you say you’re from—we’re all part of a larger story that’s much more complicated.

Wispfire studios has been working on the game for over a year now, and invites everyone to try out a free demo before backing on Kickstarter (currently PC only.) Also be sure to vote for Herald on Steam Greenlight and follow the studio on Twitter.