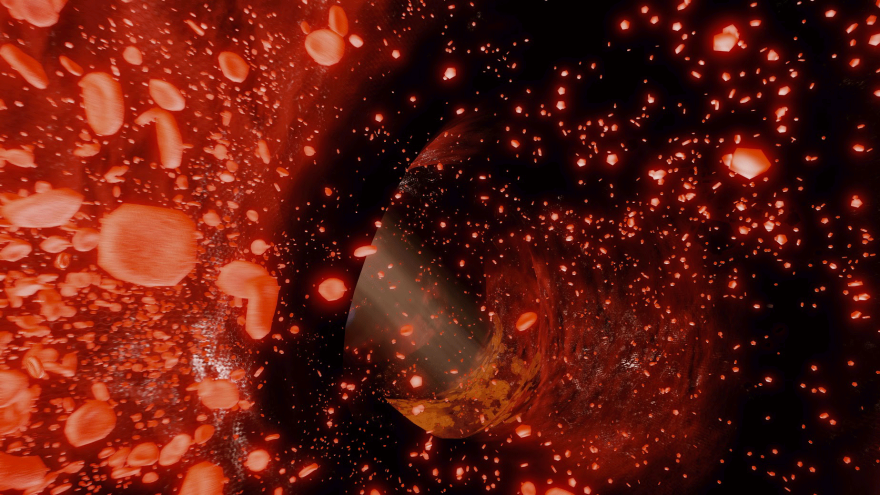 Balthazar Auxietre, creative director and CEO of Innerspace VR, has emphasized his focus on having a user be able to “feel the space” around them, a sense of spatial presence that he says is the “magic” of virtual reality.

Two of Innerspace’s current projects, The Fifth Sleep and The Cave, were demoed alongside the Samsung GearVR at IFA Berlin in September, show the non-gaming possibilities for the unit. Auxietre wants to create this “magic” by making his virtual reality worlds feel like they have substance; that you can “feel” them and interact with them. The controls, or lack thereof, of both titles are similar: on-rails experiences, almost Disney World-esque, with minimal actual interaction with the game world. It’s more of a showcase for the visuals surrounding you while giving you a sense of spacial presence.

The Cave places you in prehistoric France in a search of cave paintings, while The Fifth Sleep has you take the form of Proteus, a nanorobot camera injected inside the human bloodstream, attempting to wake a patient up from a coma. Both games are short, around 5 to 15 minutes, but Innerspace plans on developing an hour-long episode series based on the same theme as The Fifth Sleep.

A third upcoming project, Playhead, looks to be their first dive into a world that you don’t just look at, but one that you can interact with and control. This musical interactive title allows players to directly influence the world around them, and in virtual reality, this could be the “magic” that Auxietre is talking about.

As we’ve mentioned previously, the Galaxy Note 4 powered GearVR has some impressive-looking titles in the works, considering the hardware behind it. But with Innerspace, the antiquated Epcot experiences of yore make their way to the living room, crossing the divide.