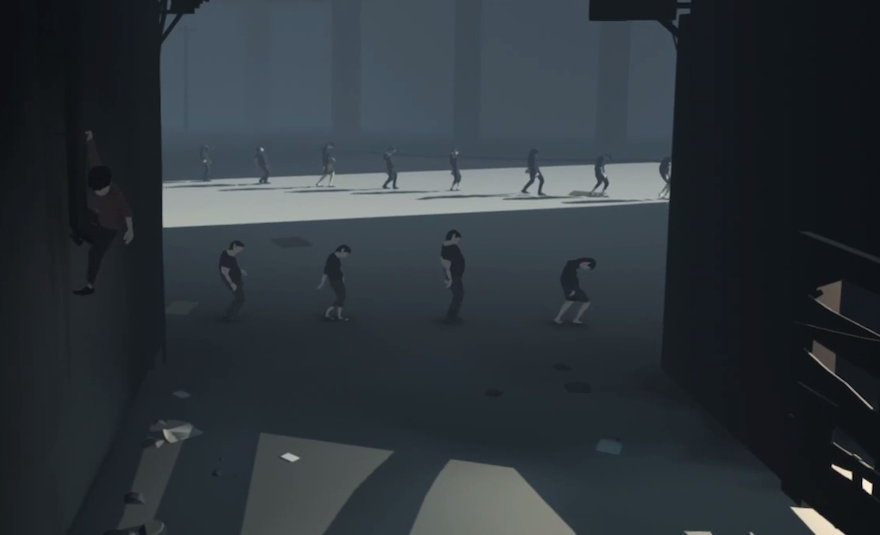 Where do you go after opening with a haunting, beautiful, universally-praised smash like Limbo? Brilliant initial offerings are always notoriously tough to follow up, but it looks like there will be no sophomore slump from Playdead. Judging by the hot and hyperbole-worthy debut trailer for Inside, the Copenhagen developer is sticking with the creeping feeling of dread, the arthouse grain-filters, and the chiaroscuro.

So what’s new? Well, it looks like the horrific fairytale motif of Limbo—you guided a young boy past murderous figures and buzz saws—has grown up into a maturer expression of existential dread: we see legions of mindless individuals being chivvied into a human factory where doubtlessly unwholesome things are afoot. That fearsome but kind of goth-y spider has been replaced by a snarling guard dog. The protagonist appears older and wiser, though he still hasn’t learned his lesson about tromping through dangerous industrial areas, apparently.