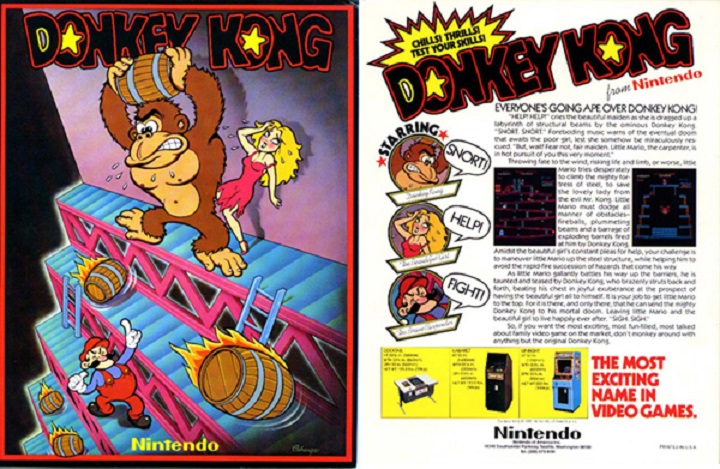 One of the legends about Nintendo—besides all those involving Zelda—is its first American arcade game Radar Scope.

Radar Scope was a Space Invaders-style shooter that Nintendo bet its fortune on in 1981 as its first American arcade game. It didn’t sell well, seemingly dooming Nintendo right out the gate. But Nintendo execs called an audible, and had an inexperienced guy make another game to hotswap out with Radar Scope. That inexperienced guy was Shigeru Miyamoto, and that game Donkey Kong.

I thought I knew most of the facets of the legend, since it’s the first chapter of my book on Super Mario. I knew the Radar Scope cabinets were red instead of blue—I’ve played Donkey Kong on a conversion cabinet, in fact. I knew the game design was adapted to become Donkey Kong 3. I knew Nintendo briefly was headquartered in New York City before moving to the Seattle area. I knew the Radar Scope units were originally shipped to Hackensack, NJ before being reshipped to Tukwila, Washington. I know the landlord of that Tukwila warehouse was a mustached man named Mario Segale. 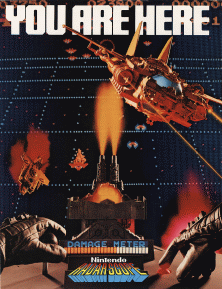 For a 30-year-old game that flopped, I thought I knew a lot. Not everything, but enough to consider myself, if Radar Scope came up, the most knowledgeable guy in the room.

Then I entered a room with Larry Hama. Larry Hama is a comic book creator, and a real-life example of The Most Interesting Man in the World. Pick a topic and he’s done something that’ll leave you gobsmacked.

This works outside of comics, too. Like comedy? He was on SNL and Robot Chicken. Like drama? Acted on Broadway and in M*A*S*H. Martial arts? Dude knows a couple of them.

I decided to test my theory that Larry Hama is secretly the Most Interesting Man in the World. I was going to talk to him about videogames, my baliwick, a subject as far as I knew he had zero involvement.

b) “There was a GI Joe Nintendo game, I think.”

c) “I sold Nintendo the game rights to Bucky O’Hare. That paid for my first house.”

d) “You know, I did the very first ad work for Nintendo.”

e) “Yeah, we did the ad campaign for some bad-looking Space Invaders shooter type.”

f) “Then they replaced it with Donkey Kong.”

I was impressed starting with b). At c) I was kind of stuck for ways to show how impressed I was, because I had already said “wow” and I didn’t want to say “sweet merciful crap!” in front of Larry Hama. By d) I kind of needed to sit down. The one-two punch of e) and f) I’m still not over.

In Donkey Kong, Nintendo lucked into giving the greatest game designer of all time his first gig. Who knew, though, that they also lucked into having one of the greatest practitioners of awesome as their ad guy? Who was doing tech support for them back them, Steve Jobs?

“The cannons actually fired flash powder. We set the model space-ships on fire.”

In case you think I (or Larry, shame on you for entertaining that thought) was making any of this up, Larry emailed me behind-the-scenes pictures from the Radar Scope photo shoot. He was working for Densu/Young & Rubican then, in New York City. This was even though he was on deadline to finish a novel. (Oh yeah, he’s a prolific novelist.)

“We built the moonscape in Mike Sullivan’s loft on 28th St in Manhattan,” Larry said, recommending that people (once they get home from work) Google “Sex Lives of Robots” to see some of Mike’s more recent robotic creations. “The art director on the project was Dave Morris, and now lives in Ottawa.”

As you can see, there was a lot of model work for the shoot—models that actually worked. “Built two space cannons and a whole mess of spaceships. The cannons actually fired flash powder. We set the model space-ships on fire.”

And Hama even kept working on the launch of the Radar Scope follow-up, Donkey Kong. “I can’t even remember what we did on the Donkey Kong stuff. I just remember that it was silly.”