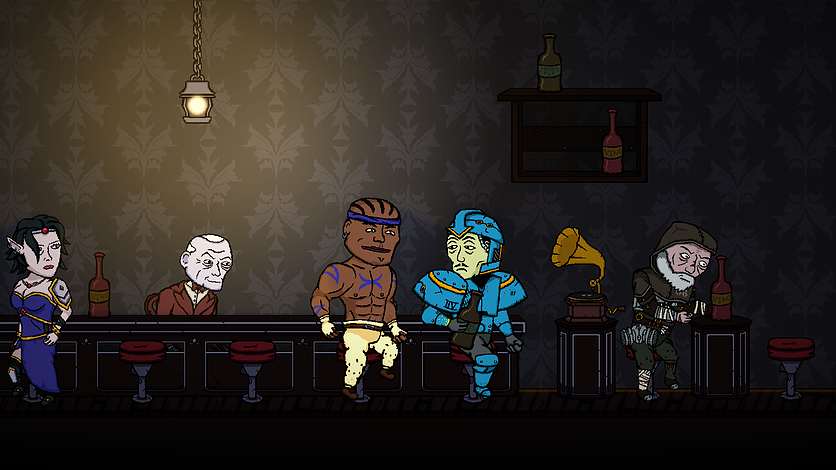 At its core, one could shave down a detective story to three basic questions: who, why, and how. Who was the victim, who was the perpetrator? Why and how they did commit the crime? From Sam Barlow’s FMV mystery in Her Story (2015) and Cole Phelps’ investigations across the seedy streets of 1940s Los Angeles in LA Noire (2011), to the forensics of CSI and the mental deductions of Sherlock, those questions drive players and fictional sleuths alike. Often the answers to the “how?” and “why?” are easy to fathom—jealousy, revenge, greed, and so on—but what happens when victim and perpetrator aren’t bound by the logic and conventions of reality? What if they were videogame characters? The Hex hopes to answer that question.

Daniel Mullins’s debut was the odd and subversive Pony Island, a game that was definitely only about ponies and not about tortured souls in hell… His follow-up may leave the ponies behind, but the aspects that made Pony Island memorable—“games within games, inverted expectations, and a heavy helping of secrets”, according to Daniel himself—remain, filtered through a new lens of hidden motives and gaming archetypes in The Hex.


Six characters, with secrets of their own, waiting out inclement weather in an isolated tavern. Each one modeled after a classic videogame protagonist: the Space Marine, the Platformer, the Apocalypse Survivor, among others. And then a garbled call in the night, that someone will be murdered before morning. Who and why are questions for you to answer, and you do so by switching between the characters to explore the tavern and interact with the others.

the mystery won’t unfold so simply

Of course, like many of these stories involving people trapped together with dark secrets and motives simmering under the surface, the mystery won’t unfold so simply. In fact, the characters aren’t even that concerned about the looming threat of bloodshed. “However, it seems that despite your efforts, none of the characters are interested in discovering the would-be killer,” Mullins explains. “They are all preoccupied with hidden motivations that are uncovered over the course of the game.”

As those hidden motivations are uncovered, The Hex evolves into something more than a clever gaming-themed mystery. Each character’s backstory is playable, presented in the form of each protagonist’s respective genre. The Space Marine annihilates alien threats in top-down shooter fashion, the Platformer runs and leaps through vibrant side-scrolling levels, while the Survivor engages in turn-based tactics. Given Mullins’s tendency to twist expectations in Pony Island, one can only imagine that those roles won’t remain so rigid.

The Hex will be available on PC, Mac, and Linux in early 2017. You can learn more about the game here.