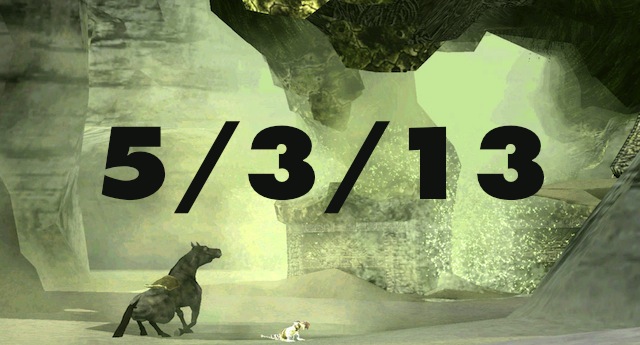 Don’t miss this fascinating read about the lost civilization explorers of Shadow Of The Colossus, who’ve discovered how to access hidden regions in the sky. We said wow.

On the pro gaming front, PA Report delivers a flaming uppercut with their profile of the phenomenal new Street Fighter champ out of South Korea.

Finally, a deeper game for the busy parent or young professional. Lex Laser is a space-cadet-themed dungeon explorer you can jump in and out of, and it’s far more sophisticated than slingshotting canaries.

The creator of the the keyboard cat meme is suing Scribblenauts’ creators for including the ivory-tickling feline in the game. Which reminds me, I really want a Bengal.

Gamasutra has some in-depth geekery with the technical process of a guy who this year programmed a game on a Commodore 64 cassette. Photos of 1980s boomboxes are an added perk.

Fract is the first-person synthesizer that favors low-frequency oscillation over cover-based mechanics. And it’s on Greenlight.

Can’t sleep? Check out A Journal of Insomnia, the online interactive documentary that lets you explore the trials and tribulations of fellow insomniacs. And stay off the espresso.

Our old friend Rob Dubbin has a review and chit-chat with Steph Thirion about his long upcoming iOS game Faraway. Personally, I think the article is better than the game is.