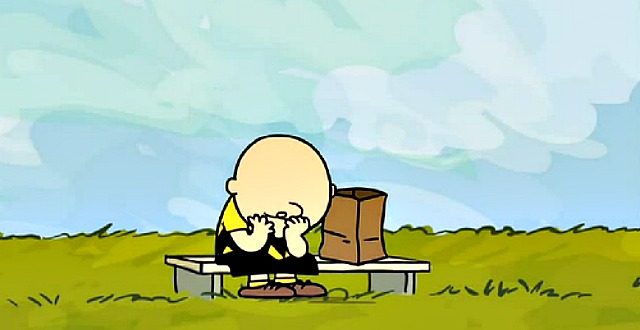 The problem with democracy? The people with the loudest voices or catchiest tag lines rise to the top, and the other perspectives are left to be discovered some other time. A total of 113 games got points in our High Scores poll of critics, but only a few gained any critical mass. We picked out a few that quietly left their mark in 2011 but only received one lonely vote in the end.

My fondness for Jeff Minter is based on principle. I like where the guy is coming from. He is hirsute, digs old techno, and lives on a farm with a bunch of sheep, which he shepherds with great affection. A lot of what he does, when it comes to videogames, is straight-up hacking. Minter futzes around the the principles of old-school shooters and finds new, excessively trippy ways to rework them. Maybe that’s why it’s tough to get people excited about Minter’s work. From the outside it seems samey, inward-looking, and redundant. That’s why GoatUp is the easiest of his recent, mostly excellent, iOS games to go to bat for. It is as different as Minter games get. Sure, it is still crammed with pop-culture references and LSD-laced visuals. But the core idea—platforming ever upward with a string of baby goats trailing behind you—feels like a substantial left turn. And, as usual, Minter executes the whole thing with a masterful kind of understatement. Pop the hood on GoatUp and you’ll find that every part is custom—thoughtfully tweaked by a guy who loves messing around with old games. That kind of love is something I want to encourage. — Gus Mastrapa

There are few things as depressing as a vividly rendered world in which two gender-specific (and highly idealized) bodies are walking around with different clothes and heads. Of course, making multiple models for incidental characters requires resources that could be devoted to other elements of a videogame, but The Witcher 2 shows that such effort is not wasted. The variety of the game’s non-player characters adds volumes to the sense of place, even though they aren’t particularly interactive. For all its faults as a game, then, The Witcher 2 deserves recognition as a gem of 2011 because it shows that richly imagined narrative-like forms remain compelling design choices in the age of Minecraft. The game only has two paths, which might seem parsimonious, but each path is worth taking. This is the gaming equivalent of a Selznick picture: big, bright washes of both character and color. — Darshana Jayemanne

Christine Love has created not just a good game, but an important one: It tells us what the internet has given us, and what it is taking away.

Games very often look stupid when you play them—almost always, in fact. They lack editing and their scripted moments are, even in the best cases, obvious sleights of hand. Yet one builds a relationship with these stupid-seeming contraptions, and the negotiated relationship between player and machine more often than not contains the purest beauty the form can offer.

Face Raiders struck me as rapturous when I played it for the first time. The game has you using the Nintendo 3DS’s screen as an aiming portal that you rotate around any room you’re in, as if you were taking a picture. The game then animates little floating orbs into the picture which you must shoot by rotating the 3DS. Miraculously—and it is a creative miracle in every way—these enemies are given the faces of people whose pictures you’ve taken using the 3DS camera. Nintendo has devised a way for the game to exaggerate the basic photographs to make my friends seem angry or happy or sad. The effect is joyous and playful, while also containing a nostalgic thread of intimacy and sadness for moments passed. One remembers by instinct the circumstances of the photograph taken, the conversation it took to convince the person to pose, and the shared moments of laughter when that captured face was first animated into the game. The silliness of the representation becomes all the more poignant and delightful given the truth one knows is beneath it. — Michael Thomsen

That I am jealous of Christine Love’s talent goes without saying—as the writer and coder of both Don’t Take It Personally and one of my favorites last year, Digital: A Love Story, she has proven herself as one to watch on the indie scene. What I really envy about Ms. Love is her insight: Don’t Take It Personally is the story of John Rook’s first year as a school teacher, but like Digital is really about how technology mediates the way we talk to each other.

Digital, with its faux Amiga interface, has two people falling in love over BBS circa 1988. Digital focuses on the spaces between us—how vast they can feel, with the shrill whine of a dial-up modem. Don’t Take It Personally shows, in real time the way a game only can, how social media has made us different people. We eavesdrop on a bunch of high school kids via a mock Facebook, and are made to navigate a world that is completely theirs. We watch the way the hierarchy of the high school follows each character home, and how the luxury of privacy starts to erode. Christine Love has created not just a good game, but an important one: It tells us what the internet has given us, and what it is taking away.

(All that, and she’s younger than me too! GAH!) — Filipe Salgado

The flight of videogames from the public arcades to the basements and living rooms of home consoles was a move from the site-specific to something more democratic. Arcades bred something territorial in us—we didn’t go to that arcade, because it didn’t have that game. And by that, I always mean Top Skater. Games on consoles meant everyone could have them, regardless of whether they could turn in their report cards for tokens. America is about equality and I, for one, hailed consoles for all as a step toward a bright, flag-waving future.

I want to be clear. Brutally Unfair Tactics Totally OK Now is decidedly un-American. First, although it can be played on a computer or with an Xbox controller, it should be played with giant plastic buttons in an atrium in the Museum of Modern Art. Second, and this is important, Copenhagen Game Collective is at least 20-percent Danish and therefore not eligible for presidency. Third, everyone can’t play B.U.T.T.O.N. The infirmed, the young, the timid—they are all at a distinctive disadvantage, as they are not able to do what the game requires, which frankly is a lot. At any given moment, you are asked to spin, push, pull, punch, cheat, slide, and/or assault your fellow players. Think Red Light, Green Light, but invented by the drunk and performed by the blind. Simply put—if you play B.U.T.T.O.N., the terrorists win. — Jamin Warren

The Witcher 2 deserves recognition as a gem of 2011 because it shows that richly imagined narrative-like forms remain compelling design choices in the age of Minecraft.

Those of us who like to be contrarians hold on to Mortal Kombat to express our distaste for the paragons of good taste. The Mortal Kombat game designer’s first job is to make sure the game works—that the program launches and the buttons do the right things. Everything else is meant to be so bad it’s good. Praise Mortal Kombat at a game critic’s birthday party and be met with awkwardly averted eyes. A few kindred souls exclaim their support on Twitter. But will any of us set aside a whole afternoon to play the thing? No. We’re going to talk about Portal puzzles over coffee because that’s the moral thing to do.

This new one edges further into the grindhouse than ever before. It uses 2011 technology not to create innovative systems or interfaces, but to sink closer to the cultural fringe—particularly its mutilation and nudity and combinations of the two. No one plays Mortal Kombat for the love of play; they play it for the joy of sex. They only want to look. That’s crass. It is also, in the shadow of Red Dead Redemption‘s golden sun, our other best argument for videogames as a lowly representational canvas, not an abstract form reaching to the stars. Although videogames are functionally games, many yet feel like toys, caught in the vagaries of indulgence. In Mortal Kombat, this guilty pleasure feels exquisitely bad. — Ryan Kuo

Solving a puzzle in a game like Portal is a matter of reading the clues and avoiding the misdirection, of finding the Designer’s not-quite-completely hidden path. Twisting your mind to think like the Designer lets you appreciate their ingenuity and “feel smart” for sharing it: You see what they did there!

SpaceChem is not that kind of game. Zachtronics Industries’ puzzler gives you starting materials and an end goal and tells you to go for it. You design “factories” that dismantle and reassemble molecular compounds, transforming a set of raw materials into resources. Visually it’s all chemistry and engineering assembly lines, but its heart is a systemic metaphor for programming. The resulting designs can be as kludgy or as elegant as you can make them: inspiration to improve comes from leaderboards that rank your design’s efficiency against those made by other players. This may be the strongest example of enabling player agency through systems design: It’s your ingenuity, not the Designer’s, that matters. You’re not just figuring out your part in some restricted system, you’re creating your own. — Brian Taylor

To the Moon (Freebird Games, 10 points)

It’s not the play that grabs you—at least, not in the normal sense. There is nothing dynamic or fluid or inherently engaging about the way To the Moon allows you to control two scientists exploring the depths of a dying man’s mind. There are no standout mechanics that cause you to want to revisit the game time and time again. Instead, there’s intense narrative desire and an instilled concern for characters who are realistically and compassionately portrayed. The interactive nature of the game is less about physical play than about emotional play and discovery. My time investment led me to something surprising: a profound concern for fictional, pixelated people, and a chance to step outside of myself for a while and experience the life of someone else in a moment of crisis. To the Moon doesn’t allow for the type of play that I would typically call “fun,” but it allows for something greater, more valuable, and ultimately, more persistent: empathy. — Richard Clark