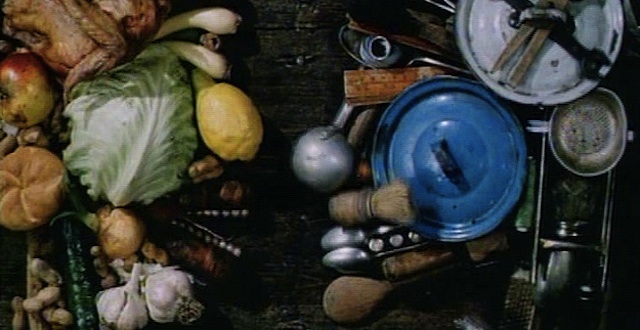 As one might choose fine wines for a gourmet meal, last Friday’s Kill Screen Dialogues matched artists with game designers in a series of three consecutive “pairings”—short, crisp conversations that explored the overlaps and differences between the two arenas. Presented in collaboration with art and technology nonprofit (and celebrated blog) Rhizome, the event made it clear just how close the philosophies behind art and games are, but a few striking contrasts also came out.

Below are outlines of each pairing that explain the salient points of the conversations.

Developer and game design consultant Dave Mark talked to visual artist Mary Flanagan about artificial intelligence. Mark described AI as an “accident or surprise,” something that confronts the player that they don’t expect. It’s this surprise that makes games interesting and players’ choices fun. Videogames, the pair explained, are often closed systems of AI that we watch—think The Sims.

Flanagan described art as an “open system,” while Mark disagreed slightly: videogames are “systems in an order” while art is a “loose system.” Rather than simply showing viewers (or gamers) something entertaining, art shows and then asks a response from the viewer. The comparison pointed to something that was echoed throughout the night: Art is challenging in a way that commercial games often are not.

Katherine Isbister, a researcher and designer of digital games, spoke to Tabor Robak, an artist whose best-known work is a series of 198 digitally created 3D rocks, complete with a rainbow of textures and colors. The pair spoke about the feeling of digital objects. Isbister spoke about “bringing touch back into interface,” as in the era of iPhones and iPads, the ability of our fingertips to perceive texture and volume is completely ignored. Robak responded that in creating his rocks, he “had to play up touch,” creating an enhanced visual texture that gave the mind “something to consider.” It’s impossible not to think about how his creations would feel if they existed in real space.

Isbister’s inquisitive researcher spirit jived with Robak’s sense of fun as an artist, and the two seemed to have a lot in common. The pair ended by exploring the future of videogame control, noting that game design is moving away from the haptic in favor of the optic. But there is hope—with new devices like the Kinect, players can become more physically involved in their games.

Process artist Casey Reas’ conversation with Osmos developer Andy Nealen was probably the most combative and enlightening of the three. Reas initially talked about his work—code-based abstract animations—as “making a set of rules” and “creating a space to be explored,” which seems very similar to the work a developer does forming a limited space for the player to act in. He compared this process to the “Happenings” of Allan Kaprow, early performance pieces that saw the artist creating interactive physical environments.

Nealen tried to find common ground with the artist, and was convincing in his argument that both artists and designers use changing parameters to produce changing output, as Reas does with his animations and projections. But Reas backed away from the description. What he makes are “not games, but game-like,” he said. The two agreed that structure emerges from rules, but Reas wanted “more control” over the choreography of his work, where Nealen seemed content to allow viewers to explore and “find boundaries.”