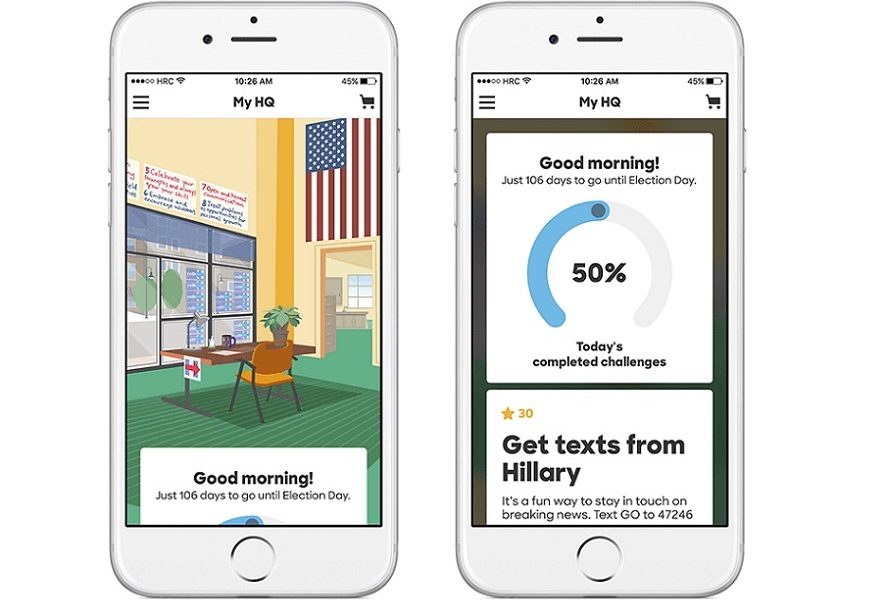 In another attempt to reach out to young voters, former Secretary Clinton’s campaign has released a Hillary 2016 app. The concept is pretty simple: login daily to complete challenges, for which you are rewarded stars/points. You can cash in these rewards for items to decorate your Campaign HQ with. Challenges include quizzes such as the “Trump or False” quiz, which, only by taking the quiz, could I understand wanted me to guess whether Trump or someone else had said a quote. You can decorate the HQ with items as varied as starter, modern, or vintage couches, various “X group for Hillary” posters, and two different colored bean bags.

Giving the app the benefit of the doubt makes it seem, at best, like an attempt to meet voters where they are (the internet). On the other side of the coin, the app appears to be a half-assed toss at one of those things the kids like. Trying to meet voters where they are is a fine motivation. Getting people to think about the election daily is important, even if the kind of people who would download a politician’s app are likely already doing so. The issue, really, is that Hillary 2016 doesn’t get people to engage meaningfully.

There are many ways a Hillary Clinton app could be helpful to her campaign, and to voters. With the recent controversy over the DNC’s attempt to rig the election in Clinton’s favor still fresh in everyone’s mind, having your campaign HQ be a real glimpse into how the campaign is being run could make it appear much more transparent. People view the internet as a democratizing place where everyone has an equal voice, and personal connections can happen across thousands of miles—a political app could lean into these philosophies, creating a sense of community among supporters, and more intimate relationship to the candidate. 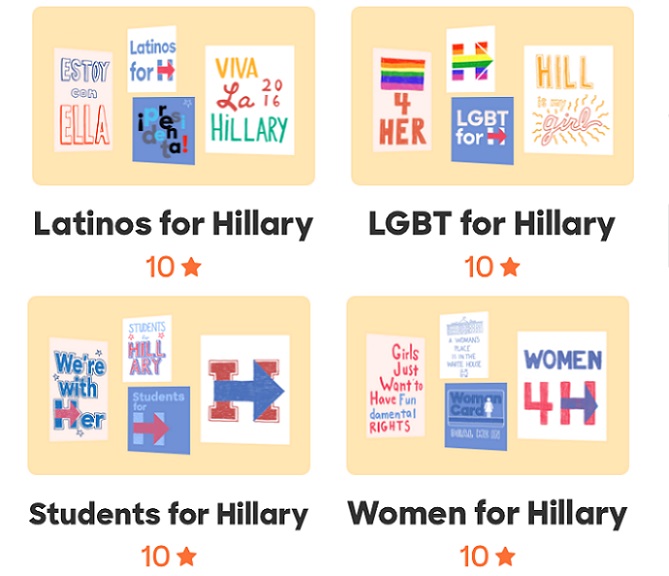 Campaigns should make people feel like they are a part of something, and having the “players” vote on questions that Hillary would answer within the app would be a great way to do that. They could select what issue is most important to them to display for others. They could have an interactive Democratic party platform a la Reddit where you upvote and downvote the things you like or dislike. There are so many ways a political app could get people involved, get them to have meaningful political thoughts, and invite them to participate in the campaign without having to leave their homes.

But Hillary 2016 doesn’t do those things. It asks you to take simple quizzes, compare your scores to others, decorate your HQ, and gather useless points/stars (the app creators apparently couldn’t settle on a consistent terminology for their game currency and use both interchangeably).

The Hillary 2016 app may come from a good place, but you can’t meet voters where they are and just stare back at them. They won’t feel engaged, they’ll feel weird. They won’t feel involved, they’ll feel pandered to. Ironically, if the Clinton campaign tried harder to make an engaging app, it wouldn’t look like they were trying so hard. And maybe they’d actually get something back from the people they’re trying so desperately to reach.

You can download the Hillary 2016 app for your iPhone and iPad.