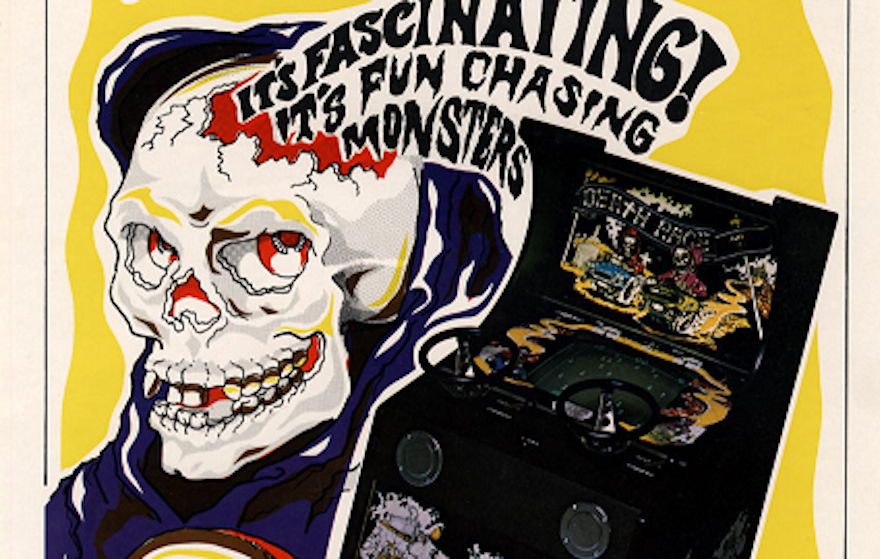 This is shown in this nice write-up on a short history of game panics by Jesse Walker over at Reason. From New York City’s pinball ban, which we have a standout article on by John Teti in issue #1, to those seedy “Pac-Man dens” of the ‘80s, the usual suspects are all there: Custer’s Revenge’s lewdness, Lieberman’s crusade against game violence, urban legends of loner teens becoming murderous psychopaths after playing Dungeons & Dragons.

An interesting one I had not heard of is Death Race 1976, an unlicensed old arcade game based on an old sci-fi film about crazed killers running over pedestrians. There were some priceless scary quotes from fear-mongering psychologists afloat:

On TV, violence is passive. In this game a player takes the first step to creating violence. The player is no longer just a spectator….I shudder to think what will come next if this is encouraged. It’ll be pretty gory. – The New York Times

The prisoners I dealt with…would have loved the game. – The Associated Press