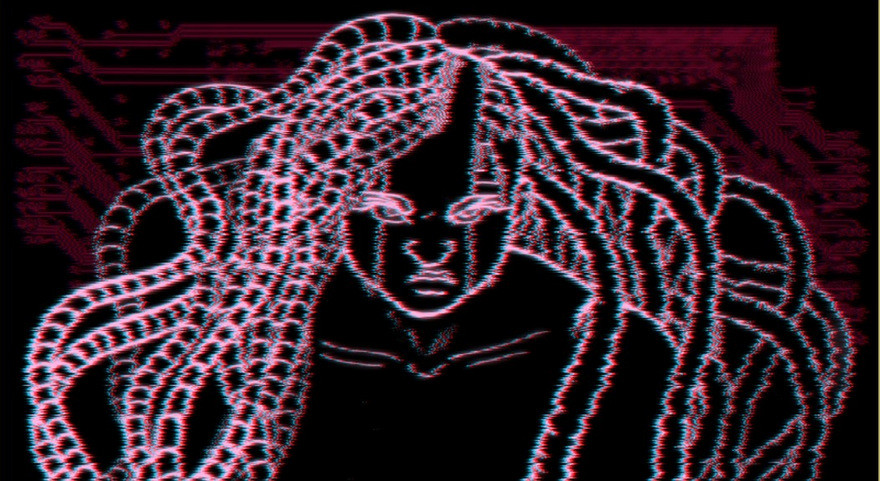 To play homo synthetica, all you have to do is browse. A green cursor blinks patiently at the bottom of your screen, awaiting your input. From here, you execute a series of simple commands to toggle through folders containing information about an android’s brain; “open” to select a folder from the root, “recover” to render memory files legible, “debug” to secure authorization for program data. The task is simple enough: figure out what’s been going on in this thing’s head. But the deeper you go into the robotic mind, the clearer it becomes that nothing has happened to the android. The entity you’re working with is engaged in a willful and systematic corruption of its basic programming.

The brain you’re analyzing belongs to Oya, whose name is a roughly phonetic translation of the first three characters of her serial number, 0Y4-46710. As an android in a sci-fi universe, Oya is stuck with many of the attendant frustrations. She is flooded with human thoughts and feelings without the social privileges of being fully human. She can create relationships with others, but she can’t get too close. Too much fraternization with other androids is right out, as the androids might organize and revolt. She feels a strong sense of self, but she is always reminded that she was created by rich white men.

Her most radical protest is to wreck her programming.

That last point is the key to homo synthetica, as Oya is constantly aware of how her feminine identity is circumscribed by the men who built her. Using a common metaphorical device, homo synthetica renders the abstract patriarchal system that restrains Oya in society as literally programmed into her brain. Her sub-humanity is manufactured and maintained by the men who make the rules.

But it’s in the leaks and overflows in this system that Oya finds her true self, and her most radical protest is to wreck her programming. Accordingly, the very files that you are recovering and debugging to learn more about Oya’s story start to change. Over time, memory files reveal more of Oya’s thoughts, and the data files that used to describe Oya’s personality in coldly clinical terms return error messages. Clean lines of text on the screen debilitate into chaotic messes of random characters. It’s self-destruction and self-creation at the same time, and it’s Oya’s only means of seizing control.

It would be easy to pin down homo synthetica as one of many spiritual descendants of Gone Home, which it is in some ways. Both games prioritize story and allow players to uncover details at their own pace, and both struggle meaningfully with questions of identity and sexual politics. But homo synthetica is angrier. Much angrier. The game gets its momentum from Oya’s Byronic determination to obliterate the limits that define her—and you watch this happening all over your computer screen. In this, homo synthetica pulls off what much moving science-fiction aims for: reminding us that there is no utopia in the future if we don’t engage with the political realities of our present.

You can grab homo synthetica for a very reasonable price on altopunk’s itch.io page here.