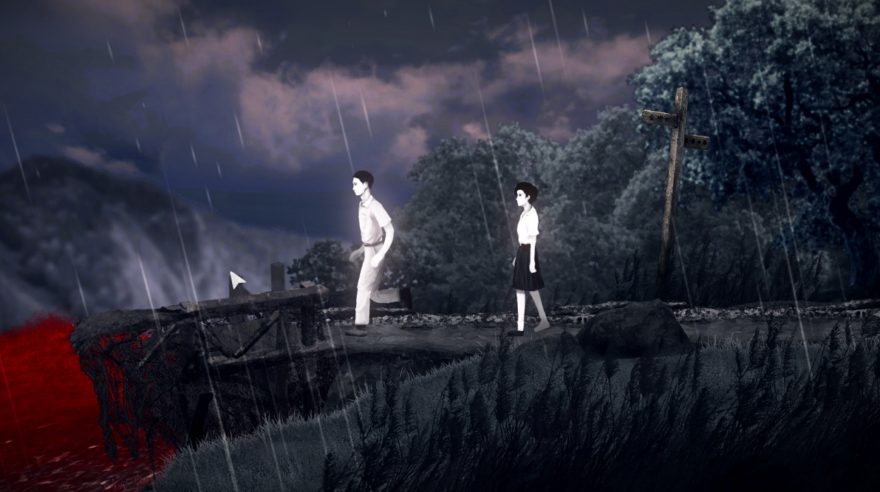 Like a lot of the clashes between capitalist and communist factions in the early days of the Cold War, the Chinese Civil War was complex and multi-faceted. Even today, Taiwan calls itself the Republic of China, and China calls itself the People’s Republic of China. When they attend the same international events, Taiwan goes by the deliberately ambiguous title of “Chinese Taipei.”

The Civil War led to a violent ideological divide, and not long after it started, Taiwan was placed under martial law mandated by the “Temporary Provisions Effective During the Period of Communist Rebellion,” which lasted from 1947 until 1987—the fighting ended in 1950, but no peace treaty was ever signed. During the period of martial law, only sanctioned political parties could exist, and the rights of free speech and free assembly were curtailed, and many people were imprisoned or executed.

Detention is an upcoming project from Taipei-based developer Red Candle Games. Set in the 1960s in a high-school in Taiwan, the horror game was conceived because the lead designer couldn’t find any games that he felt represented his culture, or that accurately showed the world the place he grew up in. To describe the political context or the statistics is one thing, but the everyday horrors of living under Taiwanese martial law are relatively inaccessible to modern English-speakers. Only a couple of popular films have taken the topic on, and one of the most well-regarded, the four-hour 1991 film A Brighter Summer Day, was only released in the US last year.

Red Candle launched their Steam Greenlight campaign (which has already been successful) and released a demo last month. The short demo blends the unease of living in a country where teachers encourage students to “rat out” communist behavior with ghostly folklore. Red Candle says their game is “full of Taiwanese flavor,” and it draws from traditions that are not common in the horror games I’ve played lately, full of zombies or werewolves. On one classroom wall, a portion of the Buddhist Diamond Sutra is written out, describing the importance of detaching from the mental constructs of the world. After the school is abandoned, you find dozens of Taoist talismans of protection pinned to a door.

In addition, Detention has a visual style that distinguishes it from many other games—it looks a lot like an old photograph. It’s worn around the edges, there are (mostly dingy yellow) colors here and there, and the characters especially have a distinct gelatin silver look to them. The translation in the demo is a bit rocky in spots, but it seems like Red Candle are going to be presenting a unique lens to a time and place that often ends up overlooked in games.

Detention is set for an August release, and you can find the trailer and the demo here.