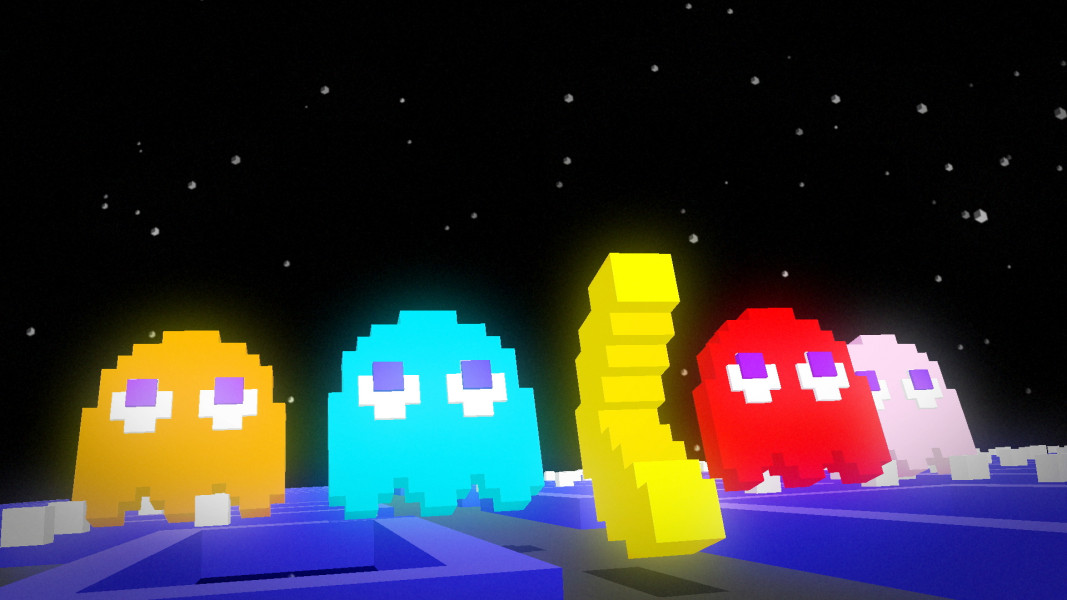 This past August, the latest version of Pac-Man reached #1 on the charts in Japan. This may not sound surprising. Until one considers that Pac-Man 256 is a touch-based mobile game made by a small independent studio from Melbourne, Australia.

“We definitely didn’t expect any of this to happen,” Sum told me over the phone. “When we made Crossy Road, we knew we had a good game and we thought it was a lot of fun, but it just really took off more than we thought.”

What happened resembles the unrealistic plot of a power-fantasy young adult novel: their little game became a phenomenon. By mid-August 2015, Crossy Road was downloaded over 100 million times across all platforms. In the span of a calendar year, a small team from Australia became one of the most sought-after mobile developers in the world.

“We heard from a lot of companies,” Sum says. “Bandai Namco’s [pitch] was one of the strongest.” Soon after Crossy Road’s launch, the team opened an email from one of the oldest game developers in the industry. The idea? Make the next Pac-Man game for mobile.

Hipster Whale (with help from fellow Melbourne-based developers 3 Sprockets) mocked up a prototype to show Bandai Namco at the Game Developers Conference (GDC) in March of this year. They loved it. The next five months saw Sum and Matt Hall continue to tweak and polish the design, while 3 Sprockets handled the programming and Bandai Namco Vancouver headed up the Marketing and Publishing duties. Pac-Man 256 came out on August 19, quickly peaking to #1 in Japan.

The mobile game takes a glitch from the original arcade game and makes it sentient. Due to hardware limitations, players could only get to Level 255. Reaching Level 256 would cause the screen to fill with random numbers and colors, the code turning in on itself; colloquially, this is known as a “kill screen.”

In Pac-Man 256, the glitch is now a dark wave of broken code that slowly takes over the maze. The player controls the titular yellow circle with swipes in four cardinal directions, just as she moved the joystick in 1980. But here the maze is endless; ghosts are smarter, and a special mode that costs credits adds powerful weapons like lasers, bombs, and tornadoes. Munching dots in succession adds to the player’s score; power-pellets still turn ghosts an edible blue. But the glitch is always flowing upward, chasing the player through an infinite, randomly-generated labyrinth.

Sum is twenty-five and doesn’t have much of a history with Pac-Man, but Hall, his co-developer’s elder by a decade, fondly remembers playing the Namco original in the arcades.

“Because it’s Pac-Man, the audience is quite different [than Crossy Road],” Sum says. “It’s more of a hardcore audience or an audience that remembers Pac-Manfrom awhile ago. But we also wanted to make it accessible.”

Though access isn’t an issue for players, the creators have found it to be one of the biggest obstacles for developers in Melbourne. Though Sum and Hall live two hours away from each other, they often work remotely; when Sum and I spoke, he was in San Francisco. But collaborating or exchanging ideas with others is more challenging.

“As an Australian developer, one of the most difficult things is being physically far away from the rest of the world,” Sum says. “For GDC, Gamescom, E3, any of the big events, we have to fly literally to the other side of the world to meet up with everyone. It’s expensive and a very long flight.”

In the past, that distance has also turned out to be a strength. Crossy Road shipped with eleven different languages supported. New updates bring playable characters based on specific holidays or customs from various countries; a Korean update brought kimchi, the spicy vegetable, and Jindo, a hunting dog from an island off South Korea, whereas a U.K.-centric update included a Telephone Box and the Loch Ness Monster.

Pac-Man 256 won’t have the same expanded roster due to its more well-known heritage. But the character’s global popularity helps the game remain accessible across all borders, something Hipster Whale and other Australian citizens know is important.

“If you’re in Japan, you’re probably just going to make a game focused on Japanese gamers, because they have a very different games culture than the US,” Sum says. “If you’re in America [with its] 500 million people, how much does Australia and its 24 million people really count?”

“Since we’re so far away from everyone, we do think about how big the world is.”