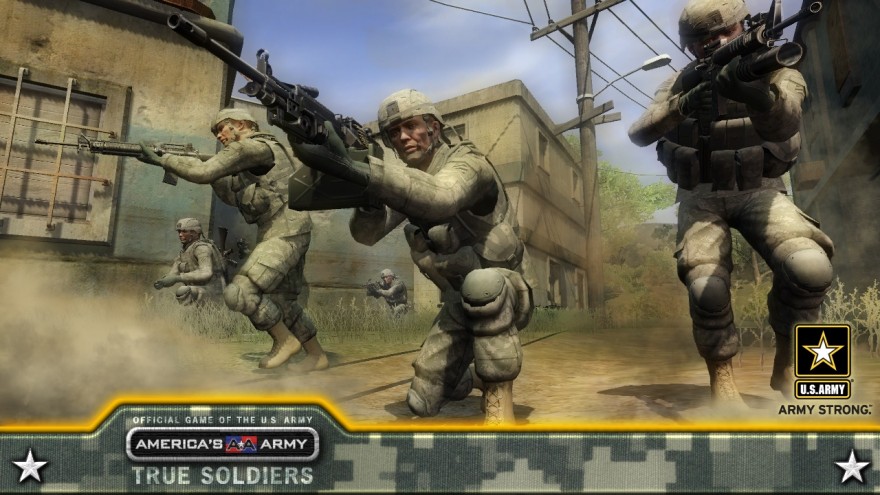 Ender’s Game is a sci-fi novel about a precocious ten-year-old training to lead Earth’s fleet of spaceships against a looming alien threat. The reveal at the end of the book is that Ender hasn’t been training in simulations, but has actually been commanding real battles, unknowingly saving Earth from an alien invasion.

As it turns out, Ender’s Game has been extremely influential in the way the military views videogames as a training tool for soldiers. According to Corey Mead: “The whole idea of what Ender’s Game is—young people fighting a war—is what influenced [the military]. And they totally did it.”

In his new book War Play: Video Games and the Future of Armed Conflict, Mead explores the U.S. military’s use of videogames as a tool for recruitment, training, and treatment. This recent interest in videogames reflects a shift in what it wants from its soldiers. “For the first time in its history‚” Mead writes, “the military wants to teach even junior personnel not just what to think but how to think.” This change has taken place primarily because of the U.S.’s involvement in Afghanistan and Iraq, where a soldier isn’t just fighting but is tasked with a number of different jobs, requiring different skills, tactics, and cultural understanding.

“For the first time in its history…the military wants to teach even junior personnel not just what to think but how to think.”

Unsurprisingly, videogames are a natural fit for military training. They encourage and develop the kind of decision-making that leads to becoming a better tactician or strategist, as well as simulating immersive environments. With only eight to twelve weeks of basic training for most branches of the military, soldiers have little time to learn the dynamic skills they need on the ground.

The military’s expanding interest in videogames is well illustrated by America’s Army, the first military-developed game. It was a free-to-play first-person shooter that simulated a more realistic approach to warfare, even forcing players to sit through boot camp before allowing them to engage in combat online. The game was originally developed in 2002 for $7.5 million—a third of a percent of the army’s marketing budget —and is one of the military’s most successful recruiting pushes ever.

Since Mead wrote War Play, Wardynski has partnered with the U.S. Army Cyber Command to establish a cyberwar curriculum in the Huntsville, Alabama school district, where he is a superintendent. High school students who opt into the program are mentored full time by West Point, and after graduation, go straight into the army instead of college.

As education funding dwindles, more schools are partnering with military programs for the money. America’s Army is in some ways the military’s recruiting Trojan Horse, bringing back the moral dilemmas raised in Ender’s Game. Is it ethical to recruit soldiers at such an impressionable age?

But the military isn’t using videogames exclusively as recruitment tools, and not even all of them are shooters. There are games that teach Comprehensive Soldier and Family Fitness, the controversial program that attempts to prepare soldiers how to handle themselves when deployed and how to re-integrate with their families when they return. UrbanSim is a high-level tactics simulator from the perspective of an army battalion commander. Perhaps most interestingly is Virtual Iraq/Afghanistan, a form of therapy used to treat PTSD. The game uses settings from the military-funded Full Spectrum Warrior to recreate traumatic situations—detonating IEDs, fire fights, etc.—in a safe environment. At the conclusion of a University of Southern California clinical trial using Virtual Iraq/Afghanhistan, 45% of active-duty soldiers no longer had PTSD, with another 17% showing improvements in their symptoms—an above average rate for treatment.

Mead sees a bigger future of military videogames. Growing budgets, an increased presence of Army Cyber Command, and the need for the military to deal with veterans and the issues they face will encourage the growth of a wide array of military games. They’ve already pervaded every aspect of the military career—from before a soldier enters the army to after he/she leaves. It’s hard to see how games are not already deeply embedded in military culture.

“Who knows what new form of warfare is going to pop up around the corner?” Mead says.