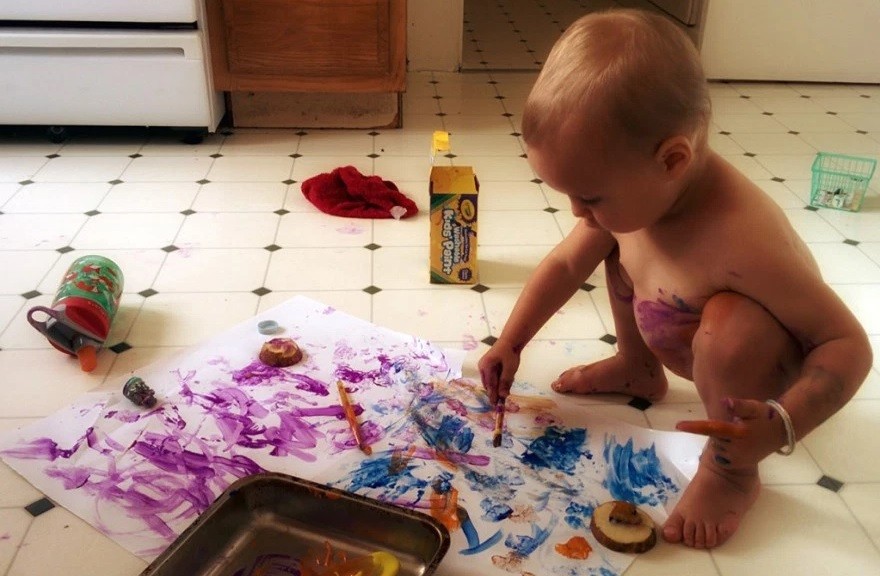 There are many different types of people to consider when making a videogame and a lot can be learned by discovering their needs. There are those that don’t normally play games, children, as well as the elderly, but there’s one group that’s easy to dismiss, if only because they seem too young: babies.

Babies themselves are constantly learning new things and conveying their thoughts and feelings in a way only they can. Observing the way they learn and applying that to game design can be incredible beneficial, as a child learning about the world is similar to a player interacting with a new game for the first time. This is the exact conclusion that Luis Antonio, designer of the time-looping puzzle game Twelve Minutes, came to after watching his two-year-old daughter while working on his game.

she would become overwhelmed by everything she had to play with

In a new blog post on the Twelve Minutes website, appropriately titled ‘Babies and Game Design,’ Antonio explains that his daughter and several books on parenting led him to the realization that the way we teach children can also be applied to teaching players in games, to the point that it even helped him solve a few problems he ran into during development. He shared a few of his discoveries and broke them down into four categories: Illusion of Choice, Attention Focus, Identifying Emotions, and Player Focus. Four things that probably sound familiar to anyone that makes or plays games regularly.

As a parent, Antonio would often ask his daughter to do something, to which she would refuse to do if she didn’t feel like it. However, if given options directly related to what he wanted her to do (like putting on blue or white pants), she would respond more positively: “In design I often need to limit the player’s choice towards a specific direction without it feeling forced or artificial, and by giving the player naturally limiting options, they still feel in control and enjoy the guidance,” Antonio writes.

In another scenario, when all of his daughter’s toys were spread out and placed in different corners of the room, she would become overwhelmed by everything she had to play with, and wouldn’t stick with any one set of toys for too long. But, after placing some toys within her line of sight but out of reach, and others inside boxes, she would spend more time with one set of toys since she was no longer overcome by the options presented to her.

According to Antonio, scenarios like this “happen a lot in Twelve Minutes, since the whole game is set in a small space and he needs to prevent a similar information overload from happening. “Each loop, I try to organically expand that set of knowledge in a way that is interesting but without becoming too limiting,” he writes. This covers only two of Antonio’s examples of the game design lessons that he’s learned from interacting with his daughter, but he stresses his findings are not a complete list or a set of rules to follow. It is, nonetheless, a fascinating and interesting subject to discuss.

As for Twelve Minutes itself, it’s still being worked on, though the business side of things has been taking up a lot of his time recently. Next time it’s shown, it should have a new art direction and animations, which will make “the experience a lot more immersive and closer to the final product.”

Find out more about Twelve Minutes on its website.