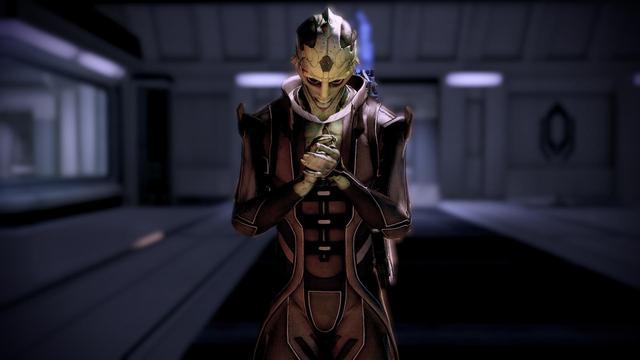 A common theme in videogames and their corresponding criticism is the question of portrayal and intent. The medium tends to exchange in a hefty currency of violence, sex, and death (see Jamin’s introductory essay to Kill Screen in Issue 0) that bears a correspondingly heavy cultural baggage. Greg Perreault, a doctoral student at the University of Missouri’s School of Journalism, recently completed a study of five games (Mass Effect 2, Final Fantasy XIII, Assassin’s Creed, Castlevania: Lords of Shadow, and The Elder Scrolls IV: Oblivion) that found some (perhaps) unintended messages about religion in the popular AAA videogame space:

In most of these games there was a heavy emphasis on a ‘Knights Templar’ and crusader motifs,” he said. “Not only was the violent side of religion emphasized, but in each of these games religion created a problem that the main character must overcome, whether it is a direct confrontation with religious zealots or being haunted by religious guilt.

However, he says a game that connects religion with violence isn’t necessarily portraying it negatively. He uses the character Thane in Mass Effect 2 as an example, a deeply spiritual assassin who joins in the player’s quest to save the galaxy from the Reapers. “This is an interesting case because his religion doesn’t ‘inform’ the violence, although it allows for it,” he said. “His religion basically says that the body and soul are separate. So the body can be used as a tool by someone else, and thus his assassinations aren’t anything he bears guilt for – the person who hired him bears the guilt. But Thane still feels guilty. He thinks about his victims, he prays for his victims. So is the religion violent here? Not necessarily, although it allows for the violence he commits – and must commit – in order to save the galaxy.

Perreault admits that religion will often “get tied in with violence because that makes for a compelling narrative,” rather than an effort to “purposefully bash organized religion in these games.” The problem here, as it often is in games, seems to be that the effort to create something that is both playfully dynamic and narratively engaging doesn’t necessarily factor much in the way of intercultural sensitivity into its design considerations.

The new game Asura’s Wrath, for instance, angered many Hindus for its particularly gory interpretation of their faith (just as, I’m sure, some Christians have probably been bothered by Assassin’s Creed, or Drell monks have been uncomfortable with Mass Effect). Perhaps we should think of games less in terms of their ability for representation, and more in terms of their unique possibilities for exploration. As Brian Crecente argues in a recent Verge piece on the subject of religion, “by their very nature video games can allow their players an opportunity to actively engage in the interpretation of the subject matter in a way that few other mediums enjoy.”