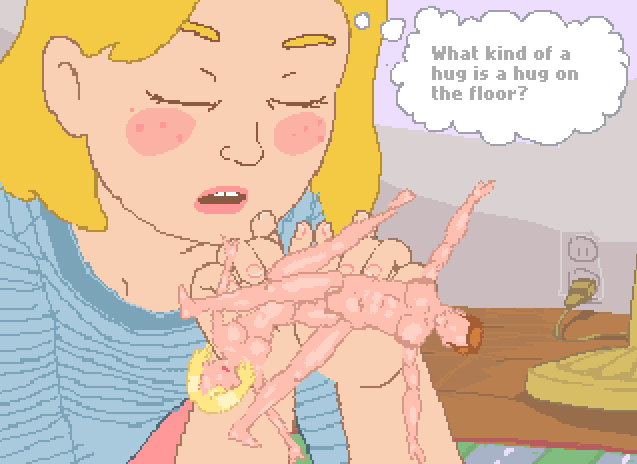 How Do You Do It? is a quick game about one of those precious formative moments, when as a child, you realized that there was such a thing called sex that people did to each other, and though you were uncertain about the specifics, you undressed two dolls and tried to get them to do it. (Full discclosure: it was made by a team including our former intern, Nina Freeman. Sup, Nina.)

In my case it was He-Man in a loincloth and Ariel from Little Mermaid with her velcro tail taken off. The game character’s dolls look like a traditional Ken and Barbie. Did that too. Your dolls were likely different. But whatever the case, this is probably the only game about dolls doing it to come out of Global Game Jam 2014, which was held over the weekend and participated in by thousands of jammers from all corners of the globe. I’m willing to wager it has one of the best endings, too. Too cute.