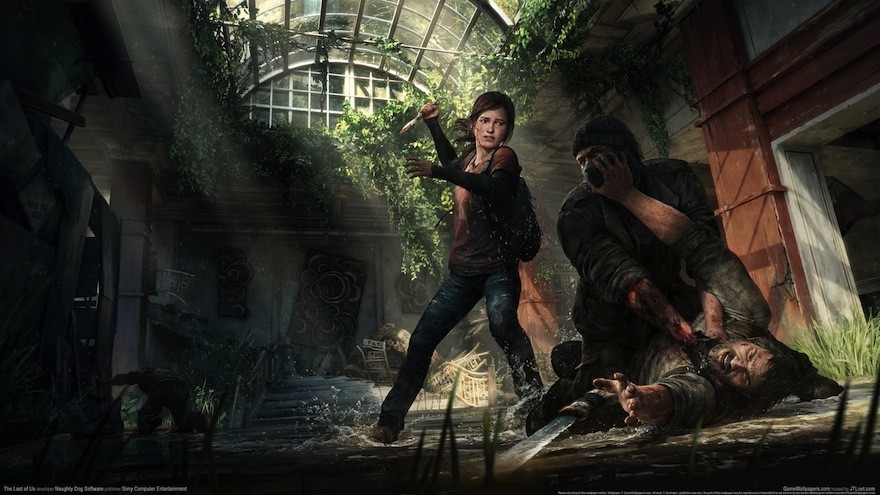 The Last of Us is pretty much universally praised for its authorship, but the most resonant moments in the story for me were those small touches. Seeing Ellie learn to holster and hold a firearm and bust her first cap as she tailed Joel across fractured concrete was as memorable as any giraffe or pink sunset. The same goes for the paternal way Joel shielded her from fire with his body when in cover. But as I learned yesterday afternoon at one of many sessions for The Last of Us at GDC, all those embellishments and tender moments had some highly practical reasons behind them.

The presenter was Max Dyckhoff, engineer of The Last of Us’s “buddy” pathfinding, the body of law that governs the way Ellie and other non-playable characters move and act in the game. The unexpected takeaway was that beautiful rules and game mechanics were at least partially responsible for kindling those fatherly (or motherly) emotions.

This was trickier than it sounds, because there are plenty of ways tag-alongs in stealthy action games can be rage-inducing. Obviously, for story reasons, “you can never hate Ellie,” said Dyckhoff, so you couldn’t have a clumsy NPC bumping around mindlessly and blowing your cover. There was a lot on the lines. The Last of Us is a game about the brutal and selfish lengths someone will go to to protect the ones they love, and it’s probably impossible to form an emotional bond to a character that keeps fucking up your tactics. That’s why at the last second they made a difficult compromise on realism. Her running ahead wouldn’t draw the attention of enemies and, subsequently, your ire. To repeat, you’re supposed to love, not hate, Ellie.

Dyckhoff went down a laundry list of ways they nudged the player towards emotional attachment that you might not have even noticed, like every so often having Ellie chuck a bottle upside a lunging zombie’s head in combat. Very occasionally she will give you a health pack. They wanted players to think of her as a helpful companion, “not an ammo dispenser,” he said.

Another nice touch was how she will only say certain lines of dialogue when Joel is within a meter of her, such as the endearing “holy shit” when a clicker lurks by. In earlier versions of the game she would wander off on her on and pick a fight with zombies, but was always getting grabbed, forcing  to stop what you were doing and save her.

This was not only annoying, but it established her as a vulnerable character, which went against the writers’ intentions. So they made her stick nearby and get grabbed less frequently, giving her the ability to stab enemies in the back, “the most rewarding gameplay we have,” said Dyckhoff. It’s functionally pragmatic for crafting a fun game about killing zombies, but it also shores up the fiction.

The only problem is that once she learned to shoot she became a killing machine, making life too easy for the player. To handicap her, they tweaked some knobs, lowered her fire rate, made her shoot at non-existent enemies when she was off-screen, and added an animation where she looked indecisive. “We wanted to keep her a beautiful entity,” he said.