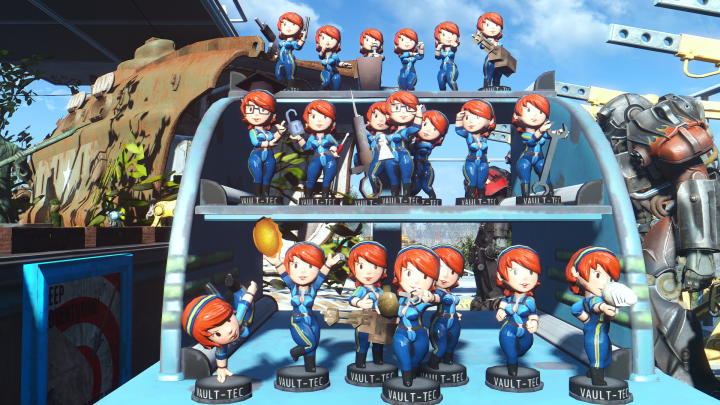 For as long as we’ve had games, we’ve had mods. They’re an integral and maybe necessary part of gaming, used either to personalize an experience or simply as a creative outlet. As a South Asian, I’ve banked on mods to make characters that actually look like me and not a version of myself that looks like, you know, I jumped in a tub of baby powder. So I’m grateful for mods and big-name games like The Sims (2000) that have actively encouraged modders to further customize player worlds as they see fit, even going as far as to advertise popular mods on their website.

The female modding community in particular has found modding to be an effective way to turn drab, colorless game universes into spaces of their own. Testament to this, The Creative Project recently interviewed modder girlplaysgame, who runs a popular modding website eponymously named Girl Plays Game. In the interview, girlplaysgame noted that, on one hand, very few modders are, at least consciously, using mods to make big-time social impacts. Though she has no interest in “feminizing” games, she mentioned the importance of modding, or literally creating, a more inclusive gaming culture. For her, modding is the spice of gaming, and without the ability to mod or at least have diverse customization options, some people will feel excluded from an immersive experience, while some people just want to make their characters wear hipster glasses.

a tool for fighting ingrained sexism

On the other hand, modding is about more than just the visual ability to make Commander Shepard wear a modded tutu for fun while retaining her no-nonsense attitude. Maybe most modders aren’t consciously choosing to make social impacts. But modding can, in the right hands, become both a tool for fighting ingrained sexism in the gaming industry, and a method of agency for marginalized voices who would otherwise never see themselves in games.

For example, modding vigilantes have many times used their skills to point out overtly gendered movements in games like Dragon Age 2 (2011), in which female Hawke, compared to her male counterpart, has a clearly exaggerated hip-sway and daintiness in her walk in a way entirely at odds with her gritty personality. Modding is thus a way for players to gently prod those creating games and kindly point out a sexist practice (and others) in their work that they may have otherwise never noticed.

Don’t get me wrong: I am a huge fan of default Shepard’s gorgeous red mane, bulging biceps, and mini-galaxy of freckles painted on her face. But being able to make her look more like me is a great option to have and one that I readily take up. And until more games have such broad customization options, modding is the only way I can get that type of fulfillment. So, mod on, girlplaysgame. Mod on.

You can read the full interview with girlplaysgame over on The Creative Project.