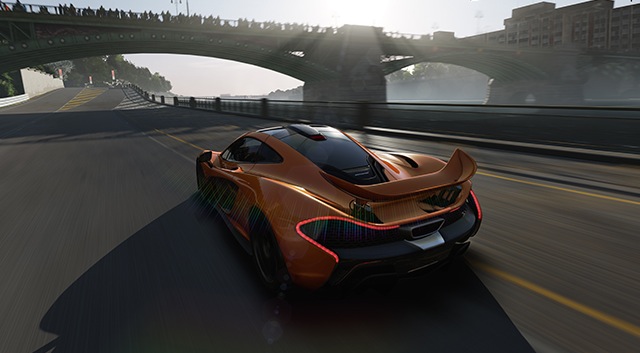 Forza Motorsport 5 is launching with the Xbox One, which means we will all soon be racing shiny expensive roadsters against a sentient supercomputer A.I. that’s based in the cloud, eyeing our every move.

“First we have to see what it’s going to continue learning, once there’s a million people training it. Right now we have about 400 of us, including playtesters. It’s going to learn a whole bunch of new stuff out there in the wild. It’s going to be automatically adding new features to itself,” says Dan Greenawalt, the creative director at Turn 10 in an interview with VentureBeat.

Turn 10 Studios is calling this technology “drivatars.” Though the name belies it, it sounds like the coolest use of cloud-based technology in gaming to date. Basically, what happens is the game makes use of Microsoft’s sprawling system of servers to take notes on your driving mannerisms. It creates a profile. Then, it plugs that data into computer-controlled opponents in other people’s single-player games.

“Every time you race, we upload telemetry—where the other cars were and what your car did when you made a bunch of decisions. We’re also recording the line you took and all this other information about the race,” he says.

This is a pragmatic approach to teaching the computer to race like humans. Instead of hard-coding the behaviors of a computer-controlled driver, it creates a system that learns from watching real players in actual environments. There is one difference between A.I. and real players, according to Greenawalt: The A.I. don’t act like jerks.