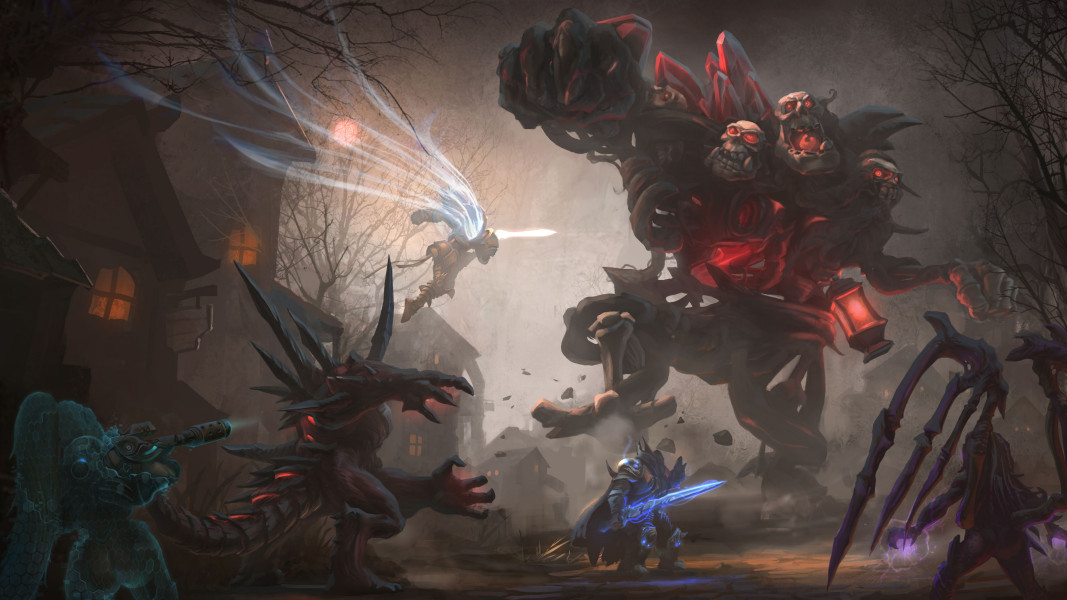 Before Blizzard made Heroes of the Storm, its own MOBA in the same vein as Dota 2 and League of Legend, it made a competitive chef game. Dustin Browder, game director of Heroes of the Storm, said it was called Aiur Chef and the game pitted players against each other to collect food as a zealot and try to make the best dishes.

The idea was a bit zany, but it was Blizzcon 2010 and Team 1 (who developed Starcraft) was desperate to bring something to show at the convention. After shipping out Starcraft in July of the same year, all it had left was a map editor. A powerful one, though, and to show the modders what it could do the team developed three games. The first was was Aiur Chef; the second was another game called Star Jewel, where putting together different combos would create waves of StarCraft units to attack the player’s enemies.

Lastly, Team 1 developed Blizzard DoTA, which smashed to together heroes from all of Blizzard’s franchises. One part fan-service and one part series-crossover, it mashed together everyone’s favorite Blizzard characters into one big old arena battle. Like other MOBAs before it, Heroes of the Storm gathers up all of Blizzards heroes and has them face off in a battle to capture each other’s bases. There’s a lot of right-clicking and minion dying.

While the it might seem like a no brainer to create a game like Heroes of the Storm after the runaway success of similar games, as Browder explained, the game really grew organically.

“Well we’ve been planning to get into MOBAs for years,” Browder said. “As we built the StarCraft engine we kind of got the opportunity to make one and we needed to make one for BlizzCon in 2010.”

At the 2010 Blizzcon the game was instantly well received by fan and colleagues that demanded Browder and his team work on it more. “We thought, ‘Well okay!’ Maybe we’ll package it up and ship it out to the community at some point with like 15 heroes,”  Browder said. From there, the feedback continued to grow, as did the game.

Blizzard still isn’t done with Heroes of the Storm yet. At PAX East, Blizzard introduced a few new characters, including Murky—who is not your usual hero. “So Murky sucks,”  Browder quipped. “Murky can’t fight, he does very little damage and has very little health, he’s just terrible. But he can lay an egg.”

Unlike other heroes, when Murky dies he revives in his egg which allows him to be a constantly harassing hero “Murky is sort of the Wile E. Coyote of the game, he said. He just keeps coming back for more and grinding you down.” A playful attitude like this could keep the increasingly crowded MOBA scene fresh.