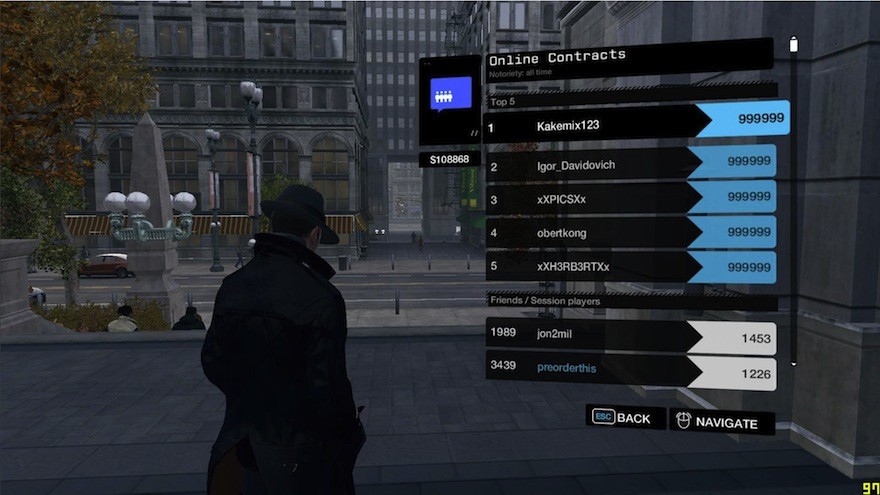 All it took was one day for the online multiplayer leaderboards for Watch Dogs to get hacked, perhaps not surprising for a game about using cyber-jacking abilities to crack into overreaching surveillance systems.

As you see in the above screenshot, captured by Reddit user unsubdefaults, players such as xXPICSXx have already maxed out their scores. Other users are reporting that some players have used cheats to gain unlimited health and ammo in online modes. This obviously isn’t cool, because online multiplayer is one of the more appealing aspects of Watch Dogs’ open-world, with features like Intrusion or Tailing, which borrow liberally from the great Dark Souls player-versus-player that lets you enter another’s game and track them down. (And we know how bad it sucks to be invaded by a hacker in Dark Souls 2.) Hopefully Ubisoft fixes this!