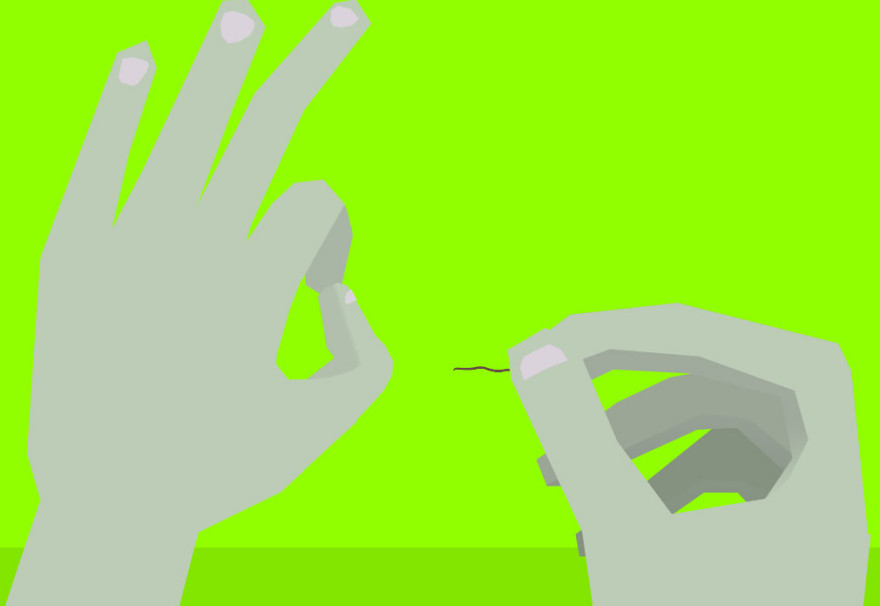 The idea of an autobiographical game has been around for a while but only recently, in the last few years, has it been more thoroughly explored by individuals. One of the first to be examined in any depth was an Unreal Tournament mod from 2003 called [domestic] by Mary Flanagan. She took software that was originally used to create first-person shooters and reconstructed it to resemble an abstracted space from her childhood, using photographs and unstable text to reframe the software with a language that was closer to her memories.

Since then, there have been a number of noteworthy autobiographical games that reappropriate the systems and icons of videogames to their personal stories. Game creator Alex Camilleri has been paying attention to as many of them as he finds out about. His favorites include dys4ia by Anna Anthropy, which she describes as a “journal game” about the six months of her life after she began hormone replacement therapy. In one scene, Anthropy uses a tetromino—the classic icon made famous by Tetris—to communicate how she felt that she couldn’t fit in: you try to manipulate its shape through a hole in a wall, but no matter what you try, it cannot pass.

Another that Camilleri appreciated was Farsh by Mahdi Bahrami, a spatial puzzle game about rolling and unrolling Persian rugs, which he dedicated to his mother who “spent her youth weaving carpets.” He also mentioned the.domestic by Sophie Houlden, which is about trying to manage the work-life ratio; earning money to pay the bills without letting your stress levels reach dangerous heights. Camilleri points to these games as affecting his thinking on expressing experiences through games the most, saying that “they had a strong personal component that really resonated with [him].” More than enjoying these games, what Camilleri really wanted to do was to join in and experiment with the potential of the autobiographical game himself.

He’s had this desire since at least 2009. It was around then that he hacked together a prototype 2D platformer in which you control two characters living in separate worlds. These characters could communicate with each other by opening up interdimensional portals to show each other their version of reality. “In my head that game was about the relationship between me and my brother,” Camilleri told me. He didn’t pursue that project any further as he didn’t have the time. He feels that, when constructing a game that touches on one’s personal life, time is warranted to handle it appropriately.

providing snapshots of his life for us to experience

Finally, after years of stewing ideas in his head, Camilleri has found the time that he requires to turn his attention towards creating autobiographical games. What enabled this was being able to make it his thesis project. Since then, he has made one prototype a week for what he’s dubbing a “game album”—carrying a total of nine personal games—recording music to go along with each one. He intends to deliver the games together as a single digital package called AC[].

What marks AC[] as different from other autobiographical games is its quantity. Most other autobiographical games are singular experiences that focus on a particular moment in a person’s life. There’s a reason for this. As Lizzie Stark’s advice on designing autobiographical games reads: “There’s no way to tell the whole story of a person in a single short game. So scope down your ambitions and pick one or two aspects of a single personal experience.” Camilleri has gone against this advice and he’s not afraid to call it a mistake. He reasons that new ground is usually only discovered if faults are made and accepted, which is why he feels like there’s no “deep message” behind AC[ ], and says that “it’s actually just [him] trying to figure out what we can do and express through games.”

Despite that attitude, Camilleri wants AC[] to turn out to be a success and achieve his goals and to not fail. The idea across these nine prototypes is to give us a more complete idea of who he is by providing snapshots of his life for us to experience and piece together. The first of them has us choosing conversation options during a heartbreaking scene at a train station as we leave a loved one behind. Another has us stuck in a loop that consists of dealing with people staring at our malformed ear, covering it over with long hair as it grows, and then getting that hair cut to expose the ear once again. A more lighthearted one resembles a WarioWare-style challenge in which you’re given a few seconds to perform the correct action across a series of tiny games, all of which are based on various parts of Camilleri’s stay in the Netherlands.

has a specificity that no one else but him would appreciate.

Camilleri says that we obviously won’t be able to form a whole picture of his life from these games and there will certainly be differences in interpretation. He claims that this ambiguity is largely the point: to give us something to think about rather than tell us directly. What Camilleri seems to have realized is that, with an autobiographical game, it doesn’t matter so much what players make of it, or even if they understand it. All that the creator may be able to achieve, and want to achieve, is to alter the rules and icons—what we may refer to as the language of games—to communicate the personal experience that they’re trying to convey. That alone is a challenge, but it also requires bravery to share one’s personal feelings in this way, essentially inviting people to ‘play’ memories and moments from our lives. If Camilleri can overcome all of these challenges then it seems he’ll consider the game to be a success.

It seems that he’s on the right track as he’s already found satisfaction in one of the prototypes he designed that has a specificity that no one else but him would appreciate. In the scenario at hand, you’re playing as Camilleri from a top-down view as he tries to find a quiet spot around his house to do his revision before an exam. His parents and siblings move around the house, opening doors, letting in noise, and generally disturbing him, so they’re best avoided. The idea is to get the “Learned” progress bar up as far as possible before the “Time to exam” bar depletes.

“I spent a lot of time working on the (very simple) AIs of my family members,” Camilleri said. “And what I love about it is that they really behave like my family members. For instance, my brother has a higher chance of opening doors and leaving them open (he always did that!), and in general they all do things that they would really do. If I look at the game I can almost recognize them!”

This is Camilleri’s success, and what he hoped to achieve when getting around to making his own autobiographical game. He can look at a simple bit of AI coding and recognize in it the behaviors of his own family. That, to him, is remarkable. He’s not expecting anyone who plays AC[] to pick up on that, of course, but he is hoping that having hidden details as close to him as that inside his game helps him in “overcoming the fears that naturally arise when you are trying to share your own feelings with other people.”

AC[] should be out for PC this fall.