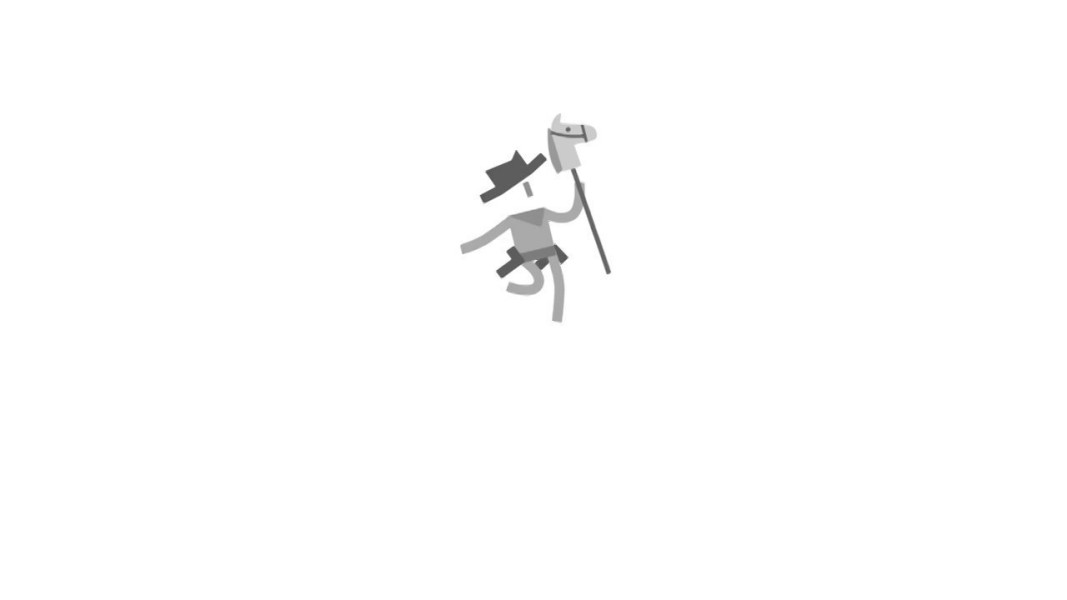 Videogames, we know, aren’t very funny. But 2011’s Ready Steady Bang was. The terse, minimalist shootoff game was classic build-up and payoff: two cowboys lined up across from each other, waiting patiently as a robot voice counted off “Ready, steady,” and then, after a randomly timed interval, a muted, “Bang.” Both players slammed a finger onto the iPad, and one cowboy would stick a hand to his side and slump over dead. Or he’d spin a full-360 before falling. Or he’d flop immediately backwards, as if into a coffin. It was sublimely silly stuff, with a Pythonesque humor baked deep into the bones of the game—perverse, but slapstick. It went on to sell over a million copies.

“We were a little surprised by the success,” one member of the team told me yesterday. (I say “one member” because it was a conference Skype that broke up more frequently than it worked; imagine interviewing someone while being attacked by birds and you’re getting close.) But that success makes sense. The game’s slick monotone aesthetic, its mordant sense of wit, and its air of cool simplicity made it a dapper interloper on the App store. It was more Threes! or Canabalt than 2048 or Jetpack Joyride. Even its take on the Western stood in contrast to other Western videogames.

In some ways, the designers’ follow-up, Ready Steady Play, throws those elements out the window. That outrageously streamlined two-player experience is now single-player-only. And the one polished activity has now turned into three—a more varied shootout, a coin-shooting game, and an infinite runner—with the promise of more to come (9-12, they’re hoping). There’s a sense of cockiness to it, as if they set out to remake the App store in their own lo-fi image.

Check out our exclusive debut of Animade Studios’ short film Queue the Cowboy below:

But, while all of these games feature the cowboy of Ready Steady Bang, what really unifies the two projects is that sense of gallows humor. The app icon itself is identical to the previous game’s cowboy with gun drawn, but here he’s holding a balloon, an absurd nod toward the game’s name. And once you’re inside? It’s death, death, death. The devs are particularly fond of the way the cowboy’s head snaps back when he runs neck-first into a ceiling in the infinite runner, but I’ve gotta say there’s something to the game over screen of the shootout that I like: after mowing down dozens of cowpokes before they could get me, the one that finally sinks one in my gut stands isolated on a grayed-out screen, gun smoking. The Ennio Morricone backing music crashes to a halt when the gun goes pop.

In fact, as with so many mobile games, sound is employed very carefully here. “We had to work at it, because it’s not naturally funny. These arcade-y games are more about being really fun,” one of the designers (sorry) told me. “It was just a matter of finding different ways to bring the humor back in and overlay it on the game mechanics.” Their ultimate goal here is to take the lessons from all of the mechanical experiments of Ready Steady Play and apply them toward a larger project, but here’s hoping that their love of murder continues unabated. Videogames could use more Monty Python in their violence.