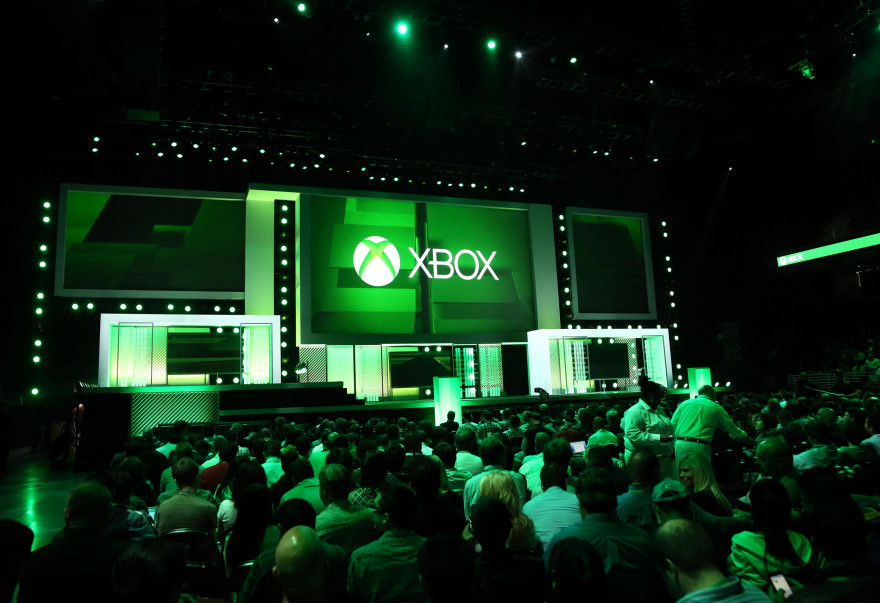 Like many of you, I just watched a lot of videogame trailers debut. Master Chief was there! Dubstep! Beheadings! Be-armings! More dubstep!

But unlike many of you, I watched these trailers debut in person, at the Galen Center in LA. What does this mean? In short: spectacle. By attending the event I found myself an unwitting part of the show. The wristbands provided for entry to the event lit up, glowing in colors carefully synchronized with the imagery on-screen, making every attendee another point of light, another beacon of spectacle. What I went to objectively observe I found myself consumed by. It felt like being a part of the very first Borg cube: we were all one machine, and we were weaponized.

And so, in an effort to aid in the assimilation of the rest of the internet-reading public, here is a handy guide to recreating the show at home.

1) Open up the equalizer on your computer’s audio. Low and high end go all the way up; mid-range is at zero. I repeat: the mid-range of all audio must be at zero. If you can hear anything besides stomach-churning bass and ear-piercing treble you are doing this wrong.

2) Watch the trailer for the new Forza game. Imagine that your wrist is glowing orange and blue.

3) Watch the trailer for the Miyazaki-esque Ori and the Blind Forest. At the end of the trailer, as white dots begin lighting up in the background, imagine wristbands dotting the arena slowly glowing white as well, like forest spirits from Princess Mononoke. When the name of the game comes up, the wristbands all turn orange. Was this subtlety?

4) Pay no heed to the aforementioned subtlety. When game designer Ken Lobb walks on-stage to talk briefly about Killer Instinct, everything glows red, mirroring the general effect of Lucifer entering a room. To recreate this at home, listen to De Mysteriis Dom Sathanas by Mayhem. (You could also watch the Phantom Dust trailer he introduced, which features a blue and purple phasing effect on the wristband to accompany the blue-person-versus-purple-person combat in the trailer.)

5) Watch the trailer for the new Crackdown game. To emphasize the importance of this game, spotlights are introduced to the lighting experience, which flash around the audience, blinding us all intermittently. To recreate this at home, ask a roommate or coworker to shine a flashlight in your eyes intermittently.

And congrats! You have now pretty much attended the Xbox press conference. Enjoy your new life as a sprite on a television screen.