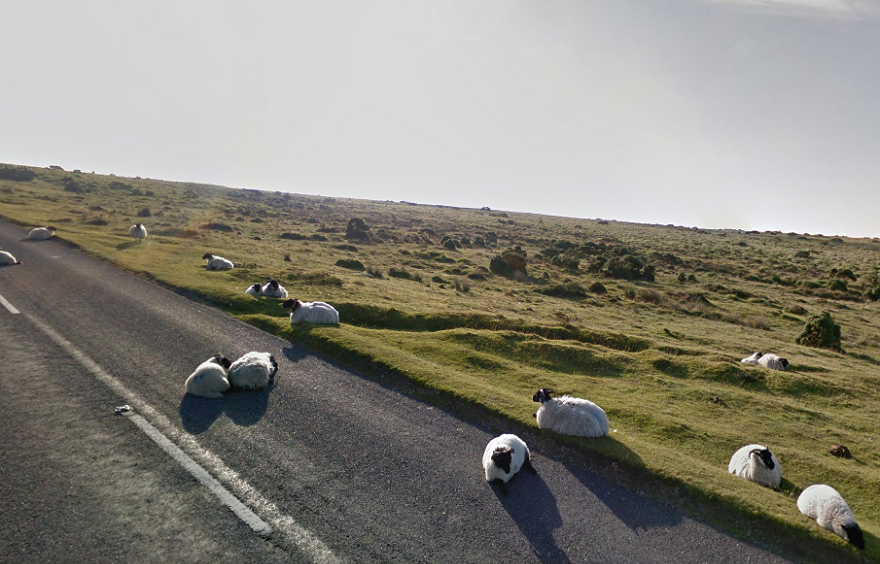 I never had a teddy bear. In fact, I didn’t much care for stuffed animals in general. Still, there was one I remember fondly. I can still picture the faded, frilling edges of my Lamb Chop puppet dangling off the edge of my childhood bunk bed. I was just shy of five years old when comedian Shari Lewis’ Lamb Chop’s Play-Along premiered on PBS in 1992. The love has been there ever since. I don’t have any pets, but if I had to choose between a dog or a cat, I’d get a sheep.

a mutual love for sheep and geography

Apparently I’m not alone. According to some estimates, the world includes over one billion sheep. And now there’s a Tumblr dedicated to finding them. Created by Ding Ren and Mike Karabinos, Google Sheep View collects screenshots of sheep located around the world using Google Street View.

As Mashable reported, the project was born out of time spent traveling the Dutch countryside in trains. Filled with a mutual love for sheep and geography, Ren and Karabinos decided to take their hybrid-fandom to the next level. The idea to use Google came from a game called GeoGuessr that challenges players to name locations based on views from the street. In this way it’s similar to a game previously played on Andrew Sullivan’s now defunct Dish blog where readers would try to guess the location of a random photograph taken by someone else while reading the site.

Started back in May, the project is now overflowing with submissions. Sorting through all of them “takes time and precision,” but the end result has been an ever burgeoning array of diverse Ovis aries. As Rem told Mashable, “One submission we got today was of three sheep along the side of the road in Iceland and it looks like they are a nice family just taking an evening stroll.”