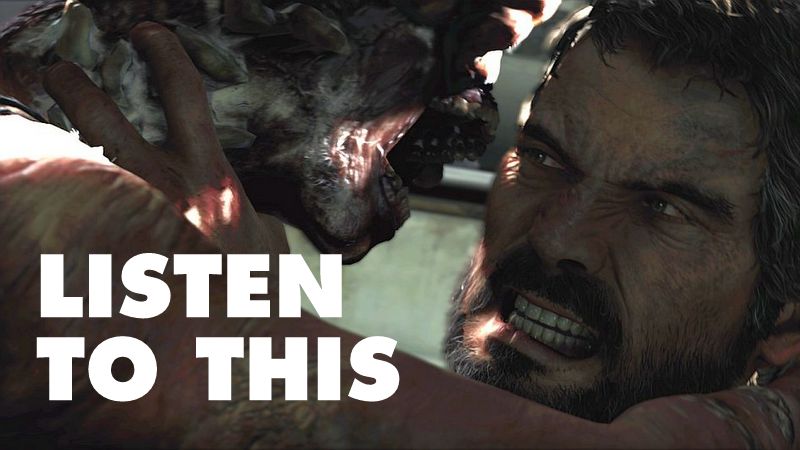 As they wander past derelict skyscrapers and metro stations reclaimed by Mother Nature, hardened black-marketeer Joel and his teenaged traveling confidant Ellie brave warring factions, quarantined zones, and a raging Cordyceps fungus-driven plague. But an unspoken hero of The Last of Us is developer Naughty Dog’s rich and robust sound design.

The sound team on The Last of Us, which is led by Phil Kovats (Uncharted 2: Among Thieves, God of War, Flow), wanted to mimic nature to populate the game world. They recorded footsteps in real puddles of water; dropped metal in the Marin Headlands; and recording the sounds of walking the ponds at the Water Gardens in Santa Monica, Calif. (where Naughty Dog is located).

Kovats says this careful attention to capturing realistic sounds extended to their deployment of horrific elements within the game. So, get more details, we asked more questions:

Kill Screen: The Last of Us is not a typical post-apocalyptic/survival horror game. What are you trying to do differently with the sound design for this project?

Phil Kovats: Two things really spoke to me and my team about The Last of Us—the horrific, yet approachable reality that is the Cordyceps fungus and the personal story of Joel and Ellie. These things helped root the sound design of the game firmly in reality with explicit, grounded elements that mirrored the natural reclamation of an overrun modern society, and created a visceral connection to the characters through the use of poignant, descriptive, and intimate sounds.  There needed to be moments of hope and of horror, accomplishment and loss and we needed the player to buy into those feelings at any given time.

The sound design was created to help the player live in this world and be invested in the story we are telling.  We knew we were working on something unique and different, requiring a new approach that would take a lot of time, effort and care to pull off successfully not to mention taking a fresh approach to the sound technology of the game.  Jonathan Lanier, our audio programmer, wrote more new sound code for The Last of Us than for all three Uncharted titles combined.

There’s a lot of silence in this game punctuated by great blasts of intense sound. Tell me a little bit about your process for maintaining that dynamic.

Silence is a powerful narrative tool that can be used to help sell the tension, to focus in on specific areas of emotional consequence, or to let the viewer connect with the subject matter on a very personal level that is not informed aurally. The world of The Last of Us is a naturally quiet world—most of what is truly heard is the human disturbance of that stillness, what that does to the environment.  In response, the outbursts of violence should be shocking, jarring and uncomfortable to the player: all they want to do is survive.

“All they want to do is survive.”

What are some examples of the natural foley work your team utilized?

Every sound we created would have to be something that could actually live in this world and could be relatable.  We recorded a lot of sounds in natural environments and all sounds were recorded raw without any processing on the incoming signal–to deliberately control the sound and make sure there were no over-hyped individual sound effects.  All sounds had to be real sounds that lived in the world we were creating.

Where did you conduct your field recordings for the more outdoor settings?

We utilized an incredible amount of original recordings for the game that literally spanned the globe.  My senior sound designer, Derrick Espino, has done a lot of traveling and loves to bring his recording gear with him.  For The Last of Us, we were lucky to use specific recordings of his that range from the San Francisco Bay area, New Zealand and Japan that capture a lot of incredible and special material such as winds, water, and birds to throwing rocks and dropping metal in the Marin Headlands.  Steve Johnson actually recorded himself walking the ponds right here at the Water Gardens in Santa Monica (where Naughty Dog is located).  Neil Uchitel, while on a family vacation in Rio de Janeiro, recorded old rusty doors and other moving items.  Even I got in on the act recording up in the forests of northern Arizona in mid-winter. 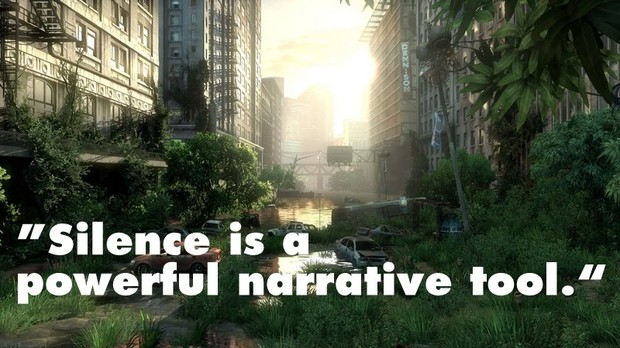 Tell me a little bit about how Gustavo Santaolalla’s score compliments the lush environments in the game.

Gustavo is an amazing talent. As you see the characters moving through the world and travelling from one place to another, Gustavo’s music emphasizes thoughtfully how they perceive that world around them. I truly believe that the player will respond emotionally to those cues.

Technology is ultimately informed by design.

I find it intriguing that your team is trying to achieve realistic sound propagation during the tactical moments of the game. Tell me a little more about that.

Technology is ultimately informed by design, but in games it can also easily become the other way around. One of the main technical changes was sound propagation by use of sound “portals.”  What this means is that if you were standing in the center of a room with a door on either side of you—and there is an enemy searching for you in the hallways surrounding the room—the sounds your enemy is making are propagated into the room in which you are standing in through the open doorways, tactically giving you feedback on where (in relation to which door the sounds are entering the room), in what space (based on specific reverberation characteristics) and how far away your enemy is.

At that point the player, based on the ambient exclusion and obstruction of the enemies’ sounds, can choose the best exit from the room that would be farthest away from their enemy, thus giving the player an advantage. This process is definitely not easy and comes with a lot of design choices that are rooted in the technology.   The world feels alive and has its own character that the player can confidently navigate.