With over 65 million active users, Steam’s reign over the PC gaming market is so complete and unquestioned that its growth has come untethered from the actual PC market. That’s more users than Xbox Live. Even Netflix, with its 44 million subscribers, still falls short of Valve Managing Director Gabe Newell’s steampowered legion. Only the Playstation Network can claim supremacy, its 110 million users rising above the rest like a monolith. But when it comes to the PC Master Race, getting a game means downloading it off Steam. Waiting to get a game means holding out for the Summer Sale.

The reasons for Steam’s consistent growth are pretty much self-evident. Its massive library, the irresponsibly cheap sales, and its ability to deliver updates and patches make it an industry-standard delivery platform. But perhaps the most interesting component of Steam, one that is a good indicator of its relevancy and forward-thinking, is how it promotes the Little Guy.

Steam is both a three-story retail mall and the corner boutique with hand-made signage and a cat in the window.

For independent developers, Steam provides an avenue for major-league exposure without major league resources; the opportunity to rub shoulders with the biggest names on the market. For consumers, Steam acts as both a three-story retail mall and the corner boutique with hand-made signage and a cat in the window. It’s a marketplace where you can pick up the latest hot-ticket release while browsing for hidden gems.

One of the unsung benefits of Steam is how such a viable marketplace for smaller games can actually propel independent developers into commercial aspirations where they normally wouldn’t think to share their creations. Many popular games on Steam were meant to be labors of love, rough demos thrown together to play amongst friends and then move on. Faster Than Light is one such gem. Justin Ma says his popular space combat roguelike was just a fun little project until he was struck by the promise and potential of Steam. “We [along with co-developer Matthew Davis] would have made FTL regardless,” he told me. ”Of course, it wouldn’t be exactly the same game since Steam helped considerably with the beta testing and visibility, but we never started working on FTL with the intention to sell the game.” 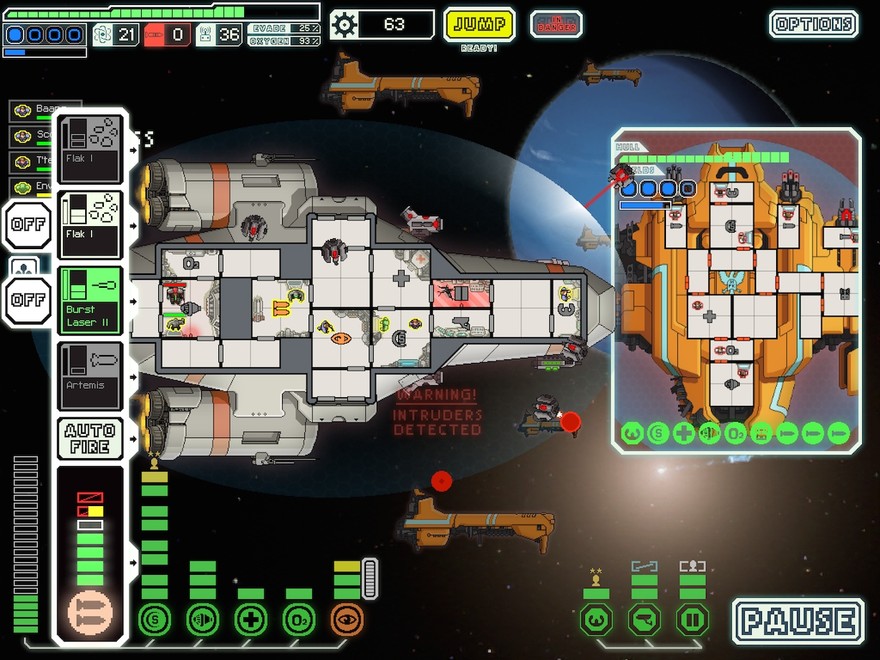 You could say that the Steam delivery platform was sort of inevitable, as gaming’s growth is starting to follow the same trajectory as other elements of popular culture—notably, music distribution. Game developers, like musicians, no longer want to line up and be bottlenecked through the curatorial taste-makers of major publishers who are less tolerant of experimentation, messiness, and niche.

Take the site Bandcamp, for instance, where independent artists can upload their music and sell it directly to the public. Through this model, any musician has a theoretical chance at taking off, regardless of commercial viability or any of the other variables record labels consider when investing in an artist.

But that comparison only works to an extent. A Bandcamp version of Steam would consist nearly exclusively of independent developers tripping over each other to be the next big whatever. There would be no giant DOTA 2 suns for the smaller names to orbit.

In this way, Steam and hip hop distribution site DatPiff are sort of mirrors of one another. DatPiff allows unknown emcees to submit mixtapes to be rated and promoted by listeners. Major artists such as Rick Ross and Drake also release tracks on DatPiff, boosting the potential visibility for the smaller artists.

It is the prerogative of both sites to feature and promote games and artists as they see fit.

Both Steam and Datpiff engage in light curation. Steam Greenlight has made the process more democratic for up-and-coming games, but it is the prerogative of both sites to feature and promote games and artists as they see fit, acting as the de facto tastemakers even in these purportedly open platforms.

But maybe we need curators to some extent. For every promising newcomer on Steam or DatPiff, there are many more throwaway games and joke emcees to sift through. Point is, both sites allow you to go deep into the bargain bin if you see fit. Compare this to the Apple iOS store, where, as Justin Ma points out, “visibility for unknown developers without help from Apple is near impossible and cheap clones run rampant,” it’s easier to see how Valve is striving to create a platform where the developer, consumer, and the platform itself all win.