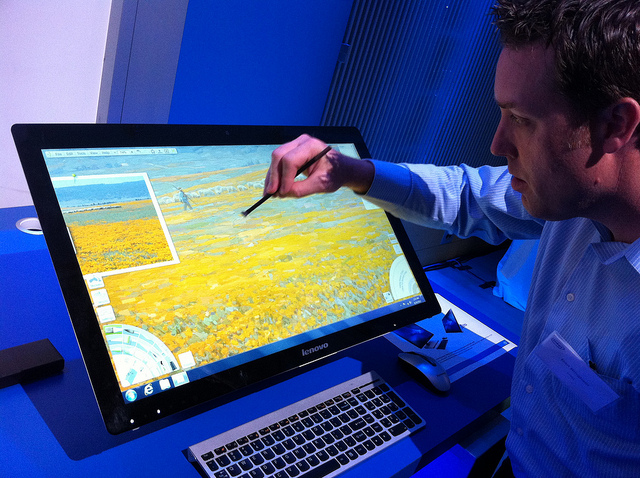 Table hobbies are witnessing a cultural renaissance. Settlers of Catan and Cards Against Humanity were the  gatecrashers: Accessible enough for wide, slow-burn Thursday night audiences, but with a spice of difficulty, risk, and thrill to bait people into the world of harder, richer analog games. Evidence of their growth can be seen all over. In Toronto, the games cafe Snakes & Lattes has had to expand multiple times as more and more people pile in to play. At game festivals and game jams, tabletop games have increasing presence alongside the more expected shooters and platformers.

Chris Ewington, President of Codito Development Inc., has been a board game player all his life, and soon after beginning developing games for the iPhone, got curious about mixing his professional and personal hobbies. “After a games night with some friends I was considering adapting Reiner Knizia’s Ra,” says Ewington. “I decided it would be best to see if anyone had already made an iPhone version and stumbled across a Board Game Geek posting saying that Knizia was looking for developers to bring his games to iOS.”

At game festivals and game jams, tabletop games have increasing presence alongside the more expected shooters and platformers.

Ra, a strategy tile game, also went on to adapt Knizia’s Tigris & Euphrates. To players familiar with the classic strategy videogame Civilization, Tigris & Euphrates is rich with parallels, a fact that set it up to reel in a new market. To people familiar with the board game version, the digital version solved a roster of grievances: setting up, cleaning up, adding expansion packs and finding others to play with were all now a thing of the past.

Ewington acknowledges that this transfer from the tabletop to the tablet has its up and downs. “Every game has at least one unique gameplay element which presents a new challenge for development,” says Ewington, “and of course they all present a challenge in terms of fitting the necessary information into limited screen real estate … Any electronic version of a tabletop game has the potential to make the game play much more efficiently, with less effort on the part of the players in terms of enforcing the rules and managing the ‘pieces’ of the game.”

Board games have overlapped with videogames throughout their history—Monopoly has made it to almost every system, and solitaire has a place in both the videogame and card game hall of fame. But these are fairly straightforward games. Transforming beloved board games with the complexity of Le Havre or Eclipse comes with a host of compromises that their developers are the first to admint.

“I’m always quick to re-assure people that apps are complementary to the printed games,” says Ewington, “and both types of publishers only benefit from the games being available in both formats.”

“We don’t suggest that digital hobby games replace tabletop gaming,” says George Rothrock of Playdek, a company that has gained renown for digitizing card games such as Fluxx, Ascension, and Summoner Wars. “When we first launched Ascension, I would get that reaction from people at game conventions, and I’ve always explained that digital hobby gaming allows you to play the games you love more… We see it as another expression of the love for these games that we have, that doesn’t replace my regular gaming night.”

“Tablets are fantastic for hobby games”

The disruptive nature of tablets, and their immediate, explosive adoption among consumers, made the opportunity simply too good to pass up. “Tablets are fantastic for hobby games,” Rothrock says. “The digital and connect nature of the devices means that there are things we can do that would be impossible or prohibitive in physical games.” Even Lionel, a 100-year-old model train company, has gotten in on the table-to-tablet conversion with their new Battle Train.

But while Ewington and Rothrock agree that board games and their videogame counterparts can exist in harmony, there remains the issue that touch devices are personal items; they belong to and are used by a single person. This can turn the fundamentally interpersonal experience of tabletop gaming into an isolated one. But Dan Bingham, of Intel, believes the tides will change again as larger all-in-one devices with enormous touch screens will present an opportunity that could replace the board, if not the table.

“From my point of view, tablets make sense, especially for the developers looking for volume,” says Bingham, “but the best experience, honestly? It’s on these larger, surface-like screens, which can be laid flat.”

Intel is working on multi-user, multi-touch devices, and already working with Hasbro to deliver appropriate games on it. The goal is to accommodate a group instead of an individual, bundled with a travel-ready battery, moving the digital board game experience closer to complete replication. There are no planned hardcore tabletop games right now, but the possibilities make it inevitable, Bingham says. “It might be cool to see, when the all-in-one comes out,” says Bingham.

Tabletop experiences of every nature have influenced videogames, whether it’s the randomized numbers behind an RPG battle or the more direct influence of something like Card Hunter. Their co-existence is healthy. The board game cafes popping up right now won’t be reduced to glowing screens any time soon, but we also haven’t reached the zenith point of intricate, intense and gloriously time-consuming board games on touch devices. As technology changes we’ll see more of these games—both virtual and real—folded into the same package.