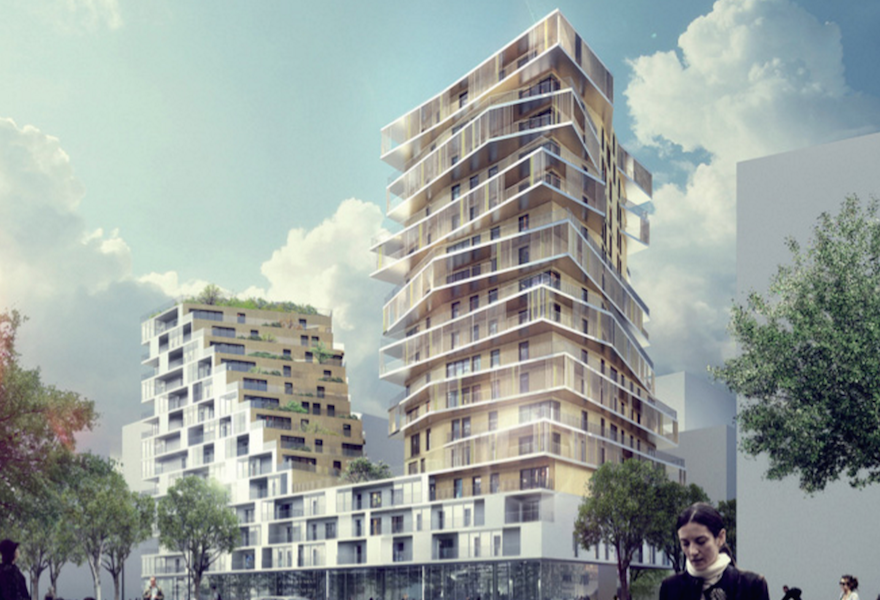 In many ways, the architecture of modern metropolises largely consists of simply lining each city block with minor variations on the same massive, contemporary rectangle of a skyscraper. The sheer size of these structures is impressive at first but, after a while, their similarity can leave a city feeling drained of personality. It’s difficult to blame corporations for choosing “safe” designs on multi-million dollar buildings that are meant to last decades, but once the initial impact of their size wears down, these soulless monoliths fail to leave much of an impression. So what happens when architects are given the freedom of designing temporary structures instead?

Evolvo, an architecture and design journal with an eye for the avant garde, aims to answer this question with its latest issue, entitled “Temporal Architecture.” Following pavilions, installations, and pop-up structures only meant to stay up for a limited time, the book is filled with creative designs that look less like corporate headquarters #42 and more like industrial coral reefs. As architects are given greater freedom to iterate without the worry of leaving a potential costly eyesore that will stand for decades, the standard sleek rectangle of New York’s Midtown is ditched for asynchronous, twisting patterns and dazzling bright colors. “The relative small scale of the projects allow for forward-thinking concepts to be developed and materialized,” explains Evolvo.

The issue features work from an extensive selection of architecture’s brightest, including the Yale School of Architecture and SOMA, the firm behind Manhattan’s controversial Park51 Islamic Cultural Center, which was unfortunately never built despite its proposed community value and eye-catching honeycomb design.

Standouts from the issue include a Parisian housing development that looks like a Jenga tower from Godzilla’s game room, as well as Resinet Pavilion, a twisting outdoor hallway that reinvigorates its space with a hand-woven nylon pattern that shines like the scales of a brightly-colored deep sea fish.

A stunning break from the norm, Evolvo’s “Temporal Architecture” can be bought in either print or digital form over on their site.