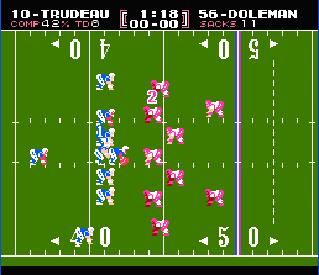 In his essay “Football”, Chuck Klosterman wrote about the fact that, despite seeming like a conservative flag bearer, football is actually one of the most progressive sports. One example he gives is the NFL’s willingness to try new technology. The latest technlogy impacting the game? Tablets.

“Just before this season, the Bucs moved the team’s playbook, a huge three-ring binder, into a custom app on the tablet. It plays NFL films used to study upcoming opponents, says general manager Mark Dominik.”

The Tampa Bay Bucs and the Baltimore Ravens are the only teams that have integrated them into their training routine, but other teams are noticing. While the NFL prohibits the use of tablets during games, it’s still making information easily accessible off the field. Given that the Bucs are 4-5 and have lost three games in a row, they can use all the help they can get.