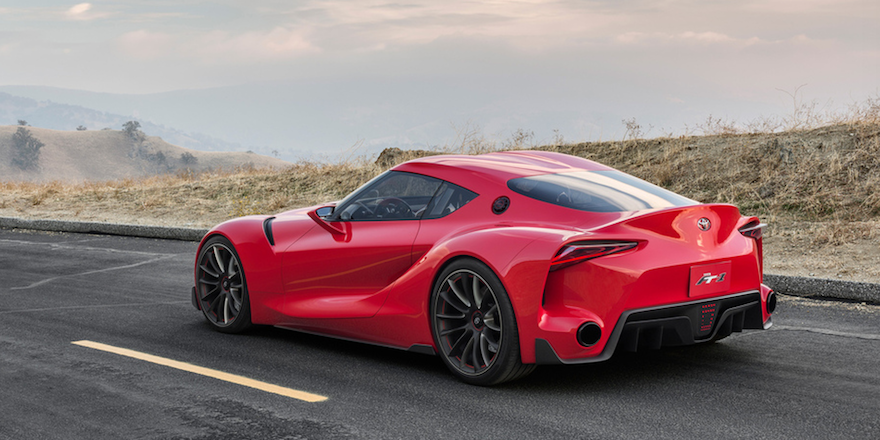 Today at the North American International Auto Show in Detroit, Toyota revealed a curvy, candy-apple red sports car called the FT-1. But before this sexy coupe was assembled, it existed in a videogame, tested extensively and designed on the tracks of Gran Turismo 5 and 6.

The Verge reports that Polyphony, the maker of the ultra-realistic auto sim, were involved in the process from the conceptual stages, creating in-game models of the vehicle so that the designers could get a feel for how it would perform before they went about producing it. The designers then used the game to pitch the concept to their bosses in Japan, letting them play a demo instead of looking at spec sheets and technical drawings.

This is definitely cool because it says that the Gran Turismo series has achieved a level of sophistication where auto designers would consider it a valuable tool, although that shouldn’t come as much of a surprise to anyone who has played 6. But this is also important for the car world, as the FT-1 is an experimental vehicle, and this shows how videogames could provide car makers with a cost-effective way to experiment with crazy concepts that otherwise wouldn’t get green-lit. Games are perfect possibility spaces, but they also have the possibility for producing some super-slick-looking rides.