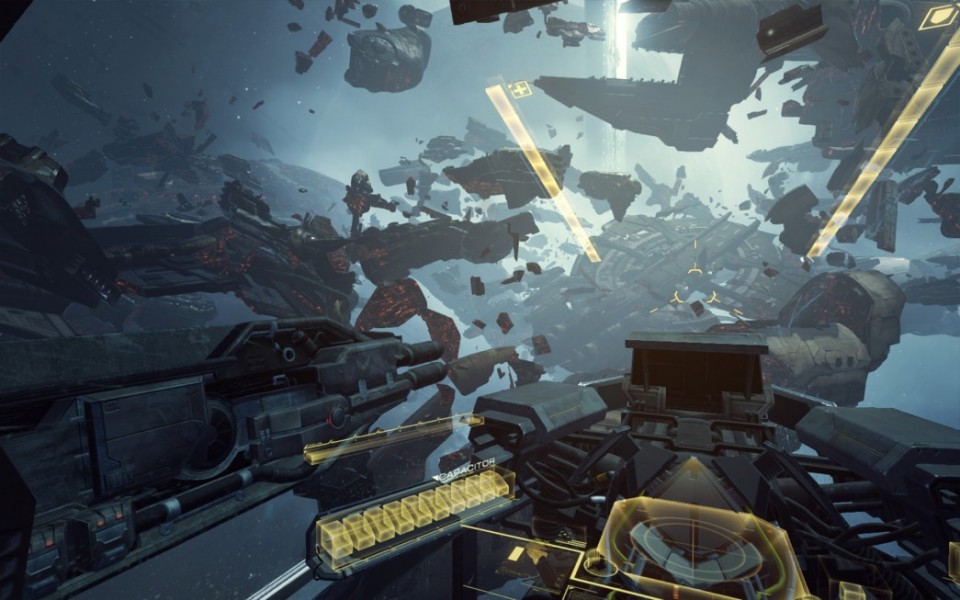 Today, almost everyone can access entertainment on their PCs, consoles, tablets and smartphones. Anyone eager to own a new virtual reality headset, however, must first find out if their trusty computer is up to the task. Oculus released its computer hardware requirements for the Rift headset last May, which means many people need a new computer if they want to enjoy VR experiences like this thrilling roller coaster ride. 

As a VR device, the Rift (headset) will be capable of delivering comfortable presence for nearly everyone, wrote Atman Binstock, Oculus chief architect, in a blog post announcing the new Rift requirements. However, this requires the entire system working well. The entire system Binstock is referring to is a computer that can feed high quality video to super high definition headsets.

Anyone who wants a PC ready for virtual reality will need to have a computer equipped with an NVIDIA GTX 970 / AMD 290 equivalent or greater graphics card; a 4th generation Intel i5 (4590) processor equivalent or one with greater performance; at least 8GB of RAM; compatible HDMI 1.3 video output; 2x USB 3.0 ports; and Windows 7 SP1 or newer operating system.

These computer requirements mean that anyone with a computer that is more than two years old may not have the oomph to power new VR goggles and gear. Computers will have to deliver video to the headsets two 1200 x 1080 displays, each with a 90 frames per second (FPS).

That rate brings abundantly more visual images to the human eye than 30 FPS for standard TV broadcasts and high quality 60 FPS videogames. To smoothly deliver that many pixels to two headset screens so quickly requires a PC with ample horsepower. ”Most consumers find virtual reality a mind-blowing experience the first time they try it,” said Ben Wood, CCS Insights Chief of Research, in a recent report about virtual and augmented reality technology sales.

His team of technology analysts believe VR has the potential to be one of the most disruptive technologies for a decade. A CCS Insight report concluded that the transformative experiences they bring could spur more than 12 million VR headsets be sold in 2017. As people spend more time with VR, its likely theyll buy more than one new VR-ready device. CCS Insight expects 2.5 million virtual and augmented reality devices to be sold in 2017, with that number climbing to 24 million devices in 2018.

With more devices expected to hit the market in the years ahead, industry leaders are teaming up to make it easier to identify what hardware and accessories work best together. Oculus is partnering with Dell and Asus to sell PCs with an Oculus Ready label in 2016. The label helps buyers identify which new computers work well with VR. Microsoft is also working with VR gear companies to make Direct X12 and Windows 10 deliver VR entertainment efficiently from PCs.

While consumers may not want to dish out cash for a new PC, Epic Games software engineer Nick Whiting believes new hardware will allow people to enjoy VR games and entertainment built to Oculus standardsand beyond. 

“Pushing the boundaries is always where the most exciting stuff happens,” said Whiting, who with Nick Donaldson are the Epic Games software engineers behind the VR demos that showcase Unreal 4, one of several established engines that developers are using to provide a software platform to create new immersive experience. Their Showdown demo pushed the limits of high-end graphics, but they designed their Bullet Train demo to run on Oculus standard computer hardware spec. ”The rendering optimizations we did for Bullet Train were a lot more efficient,” said Whiting.

Many developers are putting in extra eye-candy

“Using the recommended software is ideal because thats the standard most games will be judged by,” said Oculus founder Palmer Luckey. “Many developers are putting in extra eye-candy for people with high-end hardware, which is really just a continuation of how the PC industry has always operated,” Luckey continued. There will always be levels of quality that only those on the leading edge will have access to.

While the VR-obsessed few are likely to invest in high-end equipment, Luckey sees the new requirements impacting a different market of PC gamers. Non-gamers and casual gamers face the toughest challenge. “They have never had to worry about owning a powerful PC,” said Luckey. “It will take time for VR to trickle down to typical PC hardware.”