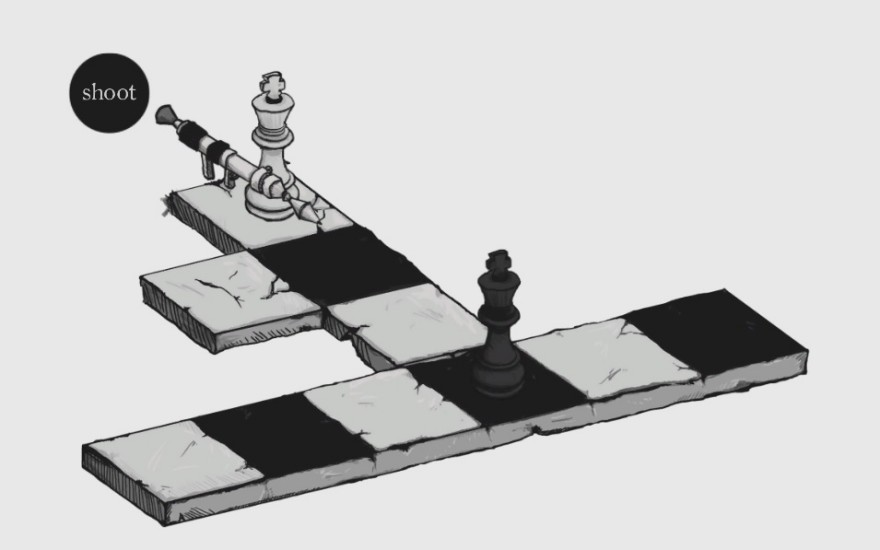 The origins of chess aren’t widely known these days. Its earliest known predecessor, chaturanga, was played in 6th century and represented the country’s military strategies at the time. It was then picked up by Persian nobility, who lavished the game before it spread across the Byzatine Empire, , and the rest of the world. It is thought that the chess we know and play today was established in 15th century .

In the course of roughly 1400 years chess has evolved in many nuanced ways, and in the process has been almost entirely separated from the culture it was created within. And it is still being reworked, perhaps even more radically than before—Bennett Foddy’s Speed Chess, created just last year, sees 16 players competing in simultaneous real-time play.

It reminds us that games can reflect culture; are political

With that in mind, try to imagine how chess will be played and remembered, not in thousands of years time, but millennia into the future after humanity has been wiped out.

“How will chess be remembered when humanity vanish? What do contemporary games say about us? What will remain of great classics?”

Those are the questions that Shelly Alon poses with Er Aran—a miniLD #50 entry that was inspired by the theme “Demakes”.

In creating Er Aran, Shelly has not only crafted a short piece of interactive software, but an entire reality that explains its existence. Within this fiction, “Er Aran” is a mythical, ancient game discovered in a dilapidated library by a non-human pilgrim millions of years in the future. They then decoded and translated what little information they had on the game, and recreated it into a videogame that you can play in your browser.

Er Aran, it would seem, is partly derived from chess as we know it today. Except, in the playable fragment the two opposing pieces greet each other at first. Also, between turns black and white is inverted so that only the piece that is currently white moves each time. Most strikingly, a bazooka can be fired by one piece at the other in the “free-for-all” section. For me, this instantly brought forth associations with the militaristic action that has defined modern conflicts.

Although Er Aran and its distorted blend of chess and familiar symbols and gestures is fascinating—even more entrancing is that ending sequence—it’s the questions that surround it that mark its purpose. We’re encouraged to think retrospectively while playing this distant future demake of a classic game. It reminds us that games can reflect culture; are political; and speak volumes of the civilizations that create and recreate them, even if they’re long forgotten or misunderstood.

Er Aran can be played for free in your browser.