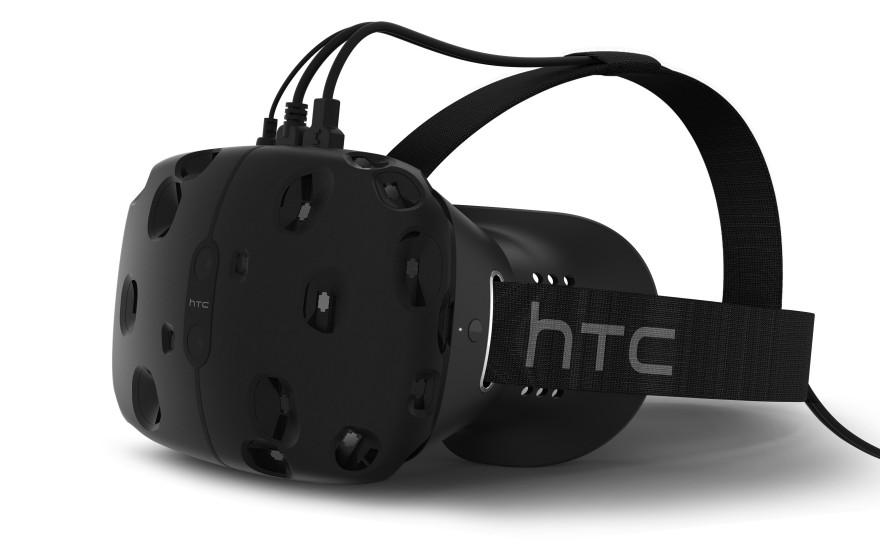 We seem to be in the year prior to the blade falling on the future of virtual reality once again. Either it will tumble back into its pit as it did in the late ’90s, or we’ll see it soar from the cusp it has been riding for the past couple of years and into our everyday lives. There’s too much riding on it for a viable middle ground to exist.

Palmer Luckey’s Oculus Rift VR goggles revived the dream of virtual reality back in 2012. It was as if the dust was suddenly brushed off the idea to reveal an obsidian shine, and it triggered a ferocious tech race. Sony jumped into the ring with its “Project Morpheus” headset; Google’s Cardboard supplied a cheap DIY alternative for the masses; Samsung worked alongside Oculus VR to develop the Gear VR for mobile. Then came the smaller efforts, such as 3DHead, cartwheeling into the court as if a silly jester out only to provide laughs for the crowd.

A late entry arrived this weekend during the Mobile World Congress 2015 in Barcelona in the form of the HTC Vive. What’s giving it some buzz is the fact that it’s powered by SteamVR. This makes it a step forward for two companies: HTC and Valve—whose weight comes from owning PC gaming’s most popular digital marketplace Steam. Right now, more than all the other big plastic boxes heading for our faces, the promise of bringing virtual reality to the mainstream seems strongest in the HTC Vive. And it’s due out later this year, which may mean it beats all other competition to the punch, including the Oculus Rift.

What’s particularly promising about the HTC Vive isn’t that it has two 1200×1080 displays, or that it has a refresh rate of 90-frames-per-second. It’s the other details that complement the main peripheral.

The Vive comes with a pair of controllers that haven’t been revealed yet, but are said to be “unlike typical game controllers,” and made with the aim of “helping everyone make the most of their experience.” A controller might not seem like much, but consider that it was Nintendo’s Wiimote that opened up videogames to those who hadn’t even turned a nose to them before back in 2007.

Then there’s the Vive’s “base stations,” which let the headset track your movements across the room in a full 360-degrees. You don’t have to sit or stand on the spot; you can move around freely and with ease, looking behind objects as if they were actually there, matching real space to the virtual one.

it has a chance to become part of the living room.

With this, perhaps the HTC Vive can do for virtual reality what the Nintendo Wii did for videogames. Its accessibility and intuitiveness seems to inform its design goals more than anything else, even more than the other virtual reality headsets.

The tech may seem more suited to a mainstream reach than its competition, but what about the software that we’ll play on it? Little is known about this aspect but, most notably, Google, HBO, Lionsgate, and the National Palace Museum in Taiwan are all partnered with the HTC Vive. The presence of these large television and movie companies, especially, makes for interesting implications for the merging of these medias and virtual reality. It may prove to be the necessary conduit to join virtual reality to the mainstream. Until now, videogames have been the focus of virtual reality developments, testing what’s possible with the tech. But it’s in reaching beyond them that it has a chance to become part of the living room.

Not that there’s any shortage of virtual reality games heading to the HTC Vive. Already revealed for it is Owlchemy Labs’s Job Simulator. It’s set in a future when robots have taken over all jobs that were once performed by humans. The conceit is that Job Bot, the “keeper of human history,” has devised a job simulator to teach humans how their ancestors (that’s us!) survived before everything was automated. This involves making soup, pulling pints at a bar, and performing other menial tasks with precision.

Then there’s The Gallery by Cloudhead Games. It’s pure fantasy exploration controlled by your body’s movements. You open doors, pick up bottles, and throw objects using your hands. With the HTC Vive, you will presumably also be able to walk around inside this world using your own feet rather than pressing a button on a controller.

Is the world ready for it yet?

Other videogames heading to the HTC Vive are to be confirmed. But we do know that simulator game company Dovetail Games is on board. WEVR, creator of the virtual reality underwater journey theBlu, is also included, as well as World of Diving studio Vertigo Games. Another is Skillman & Hackett, who is responsible for virtual reality art tool Tilt Brush. All of these pieces of software could be coming to HTC Vive. Or it could be entirely new projects, such as the ones on their way from Fireproof Games, Bossa Studios, and Steel Wool Games.

At a glance, then, it seems that it’ll be the HTC Vive and the Oculus Rift heading up against each other later this year, looking to sell virtual reality to the mainstream. But while the tech and software might be in place, the only question that matters is this one: is the world is ready for it yet?

Find out more about the HTC Vive as it arrives on its website.